Richard Petty Net Worth and career earnings: Richard Petty is a retired American race car driver who has a net worth of $65 million dollars. Richard raced in the former NASCAR Grand National and Winston Cup Series from 1958 to 1992. During his prolific career, he won a record 200 races, and became the first driver to win the Cup Series championship seven times. Additionally, Petty scored a record number of poles with 127, and had over 700 top ten finishes in a record 1,184 starts.

Early Life and Career Beginnings: Richard Petty was born in 1937 in Level Cross, North Carolina, the son of Elizabeth and NASCAR driver Lee. As a youth, he went to school at Randleman High School, where he served as an All-Conference guard on the football team. Following his graduation, Petty took a course at Greensboro Junior College, and then started work for his father's racing company. Shortly after his 21st birthday in 1958, he began his NASCAR career in a race at CNE Stadium in Toronto. An immediate success, he was named NASCAR Rookie of the Year in 1959.

Racing Breakthroughs: In 1960, Petty finished second in the NASCAR Grand National Points Race, and notched his first career win at the Charlotte Fairgrounds Speedway. His true breakthrough year came in 1963, when he won at tracks such as Bridgehampton and Martinsville. Petty continued his success the next year, winning his first Daytona 500 as well as his first Grand National Championship. Subsequently, Petty spent most of 1965 as a drag racer due to the Chrysler boycott of NASCAR. At the Southeastern Dragway in Dallas, Georgia, he crashed his car, killing a young boy and injuring seven others. Facing over $1 million in lawsuits, Petty and his team were able to reach settlements. He continued drag racing even after returning to NASCAR, winning his second Daytona 500 in 1966. In 1967, Petty won 27 of 48 races, including a record ten consecutive wins between August and October. Moreover, he notched his second Grand National Championship victory.

Successes in the 70s: Petty won his third Daytona 500 in 1971, driving a brand new Plymouth Road Runner. He went on to win 20 more races and claim his third Grand National Championship. Due to his 28 top ten finishes, he also won his fourth NASCAR Cup Series championship. In 1973, Petty won his fourth Daytona 500, and in 1974, took his fifth Winston Cup. More historic achievements came in 1975, when Petty won his first World 600 en route to his sixth Winston Cup. Four years later, driving an Oldsmobile Cutlass Supreme, he won yet another Daytona 500. Petty won four additional races, and notched his seventh and final NASCAR championship by a razor-thin margin of 11 points. 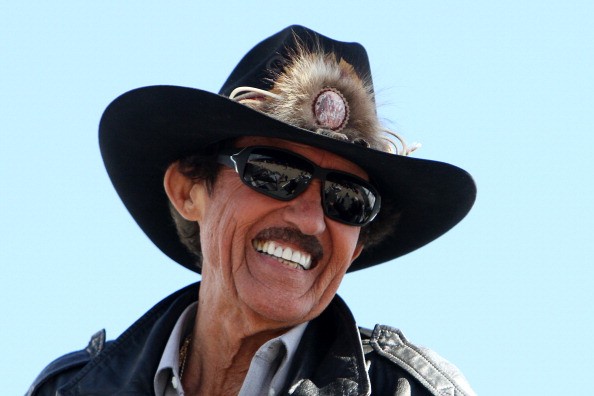 Racing in the 80s: In 1980, Petty emerged victorious early in the year at Nashville and North Wilkesboro, but a major crash at Pocono during the summer quashed his championship hopes. The following year, Petty made a comeback by winning his seventh and final Daytona 500. However, moving to the Pontiac Grand Prix in 1982, he failed to score any victories for the first time since 1978. The 1983 season was more successful, with three victories and several top ten finishes. On Independence Day in 1984, Petty won his officially-recognized 200th race at the Firecracker 400, making him the first driver to reach that number of victories.

Final Racing Years: Petty had his final top ten finish at Budweiser at the Glen in 1991; shortly after this, he announced he would retire following the 1992 season. For his final season, he qualified on the front row of the Pepsi 400, but had to drop out due to the oppressive heat. Although his race results in 1992 were mediocre, Petty still managed to qualify for all 29 races. His final race came with the season-ending Hooters 500 at Atlanta Motor Speedway, which was attended by a record 160,000 spectators. In the highly dramatic race, Petty became entangled in an accident on the 94th lap, with his car catching on fire. His pit crew got the car running again, and Petty was able to finish in the 35th position.

Petty hopped into a race car again in 1993, when he drove some laps around the Indianapolis Motor Speedway in a NASCAR tire test; he then donated his car to the Speedway's museum.

Post-Racing Career: Following his retirement from racing, Petty became a color commentator for CBS television in 1995. Later, he became a spokesman for a number of companies and brands, including Liberty Medical, Cheerios, and Nicorette and Goody's Headache Powder. Additionally, Petty founded a summer camp called Victory Junction, which aims to give seriously ill children a fun and enriching experience of the outdoors. In 2006, Petty lent his voice to the Disney/Pixar animated film "Cars," voicing the character of Strip Weathers. The character was modeled on Petty's famous number 43 Road Runner Superbird.

Personal Life: In 1958, Petty wed Lynda Owens, with whom he had four children: Kyle, who became a NASCAR driver, and Sharon, Lisa, and Rebecca. Owens passed away from cancer in 2014. The family lives in Petty's hometown of Level Cross, and operates the Richard Petty Motorsports team. Also in Level Cross, Petty owns a car restoration and modification shop called Petty's Garage.

A long-time Republican, Petty was the Party's nominee for North Carolina Secretary of State in 1996. However, he was defeated by State Senator Elaine Marshall in the general election. 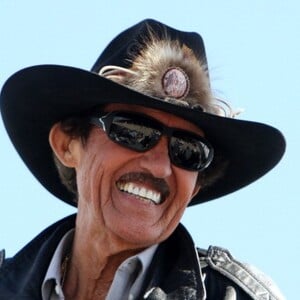