What is Richard Hammond's Net Worth and Salary?

Richard Hammond is an English presenter, writer and journalist who has a net worth of $45 million dollars. He is best known as the co-host of the car program "Top Gear" along with Jeremy Clarkson and James May.

Richard Mark Hammond was born in Solihull, Warwickshire, on December 19, 1969. His family moved to the city of Ripon in the mid-1980s, where he attended Ripon Grammar School and Harrogate College of Art and Technology.

After finishing school, Hammond began working for several BBC radio stations, such as Radio Cleveland, Radio York, Radio Cumbria, Radio Leeds and Radio Newcastle. At Radio Lancashire, he met motoring journalist Zogg Zieglar when he was presenting the afternoon program. Hammond would interview Zieglar over the phone for a weekly car review segment. It was Zieglar that encouraged Hammond to try out motoring reviews on television.

Hammond auditioned for the British motor program "Top Gear," and became a presenter on the show in 2002 on its revamped format. He continued on the show for several years, until his contract expired in March 2015. He did return for a 75-minute "Top Gear" special in June 2015.

While on "Top Gear," Hammond earned the nickname "The Hamster" from fans for his small stature compared to his co-presenters, Jeremy Clarkson and James May. This image was repeatedly reinforced throughout the series, particularly in series 7 of the show, where he ate cardboard on camera and imitated hamster-like behavior. In September 2006, Hammond was involved in a high-speed dragster crash while filming a "Top Gear" segment. He was travelling at 288 mph (463 km/h) when he crashed, and was driving a Vampire dragster. While on a final run to collect extra footage for the show, the front right tire failed, and the car flipped onto grass. Hammond was found unconscious in the car after the accident, but regained consciousness after the car was turned upright. In his first television appearance after the crash, on the BBC chat show "Friday Night with Jonathan Ross" in December 2006, he revealed that after the crash he was in a severe coma for two weeks, and also suffered from post-traumatic amnesia and a five-second memory. He later admitted in 2011 that he actually had no memory of the Jonathan Ross interview, indicating the severe extent of his memory loss.

Hammond became a presenter of the Sky1 entertainment documentary show "Brainiac: Science Abuse" in 2003. For series 2 of the show, he was joined by co-presenters Jon Tickle and Charlotte Hudson. After Hammond signed an exclusive deal with the BBC, he left the show after the fourth series, and was replaced by Vic Reeves.

When the team moved from the BBC to Amazon Studios in 2016, Richard started earning an annual $7 million salary. 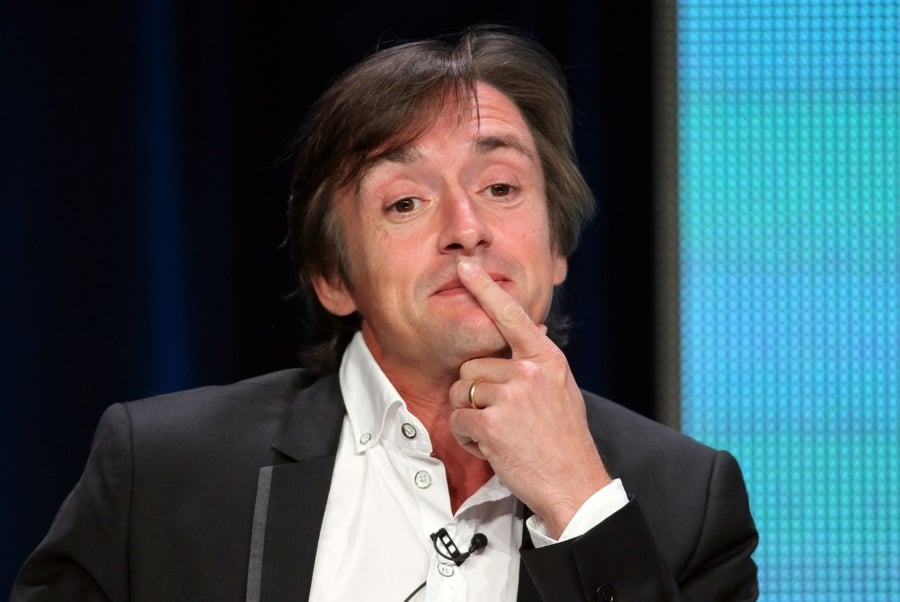 Hammond has been married to Amanda "Mindy" Hammond (née Etheridge) since May 2002. She is a columnist for the Daily Express. Together, they have two daughters. He owns a large number of animals, including horses, dogs, cats, chickens, ducks, sheep and a peacock.


Hammond is a fan of Porsche cars, in particular the Porsche 911, which he has owned several models of, and claims the Pagani Zonda to be the ultimate supercar. He once owned a 1982 Porsche 911 SC (sold in the mid-2000s) and later purchased a 2006 Porsche 911 (997) Carrera S. In 2004, Hammond purchased a Porsche 928 for the purpose of daily driving. He has also owned some American muscle cars (a 1969 Dodge Charger R/T, a 1967 Ford Mustang GT 390 and a 2008 Dodge Challenger SRT-8, which was purchased in the U.S. on a Series 12 episode of "Top Gear"). Hammond also owns a BMW 850Ci, which was used to race against partner Jeremy Clarkson's Mercedes CL600. During series 18 of "Top Gear," it was revealed that Hammonds also had a Fiat 500 TwinAir, and during series 21 of the show it was revealed that he had recently bought a Porsche 911 GT3.

Hammond passed his B206 LST helicopter license in March 2012, and has since acquired a Robinson R44 Raven II helicopter.

The Hammond family lives in Herefordshire, in a mock castle. They also have an apartment in London and a villa in Saint-Tropez. It is reported that he spent of 2 million pounds on Bollitree Castle in October 2012. 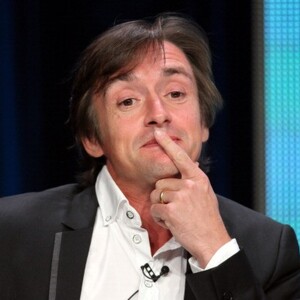