What is Ralf Schumacher's Net Worth?

Ralf Schumacher is a retired German racing driver who has a net worth of $100 million. Ralf is the younger brother of Michael Schumacher, and the pair are the only siblings to have won Formula One races.

After getting involved in karting at the tender age of three, Ralf started racing automobiles in the German Formula Three Championship and the Formula Nippon series. His Formula One debut came in 1997 at the Jordan Grand Prix. By 1999, he had secured a place on the Williams team, and he finished in sixth place in the championship that year.

In 2001, he claimed his first Formula One victory and later finished in fourth in the championship. After two more years and five more Formula One wins, Ralf left Williams and joined Toyota Racing. However, he could not replicate his earlier success and departed entirely from Formula One by 2008. He then tried his luck in the Deutsche Tourenwagen Masters before completely retiring from motorsport in 2012. Schumacher then assumed a managerial role within Deutsche Tourenwagen Masters and spent his time mentoring up-and-coming drivers. Today, he is probably best known for being a co-commentator for Sky Sport in Germany.

Ralf Schumacher was born on June 30th of 1975 in Hürth, North Rhine-Westphalia, West Germany. Raised alongside his older brother Michael by a bricklayer named Rolf and his wife Elisabeth, Ralf was driving karts as soon as he could walk. His parents actually owned a go-kart track in Kerpen, which gave the two boys almost limitless time to hone their driving skills at a young age. By 1991, he was winning his first karting titles. By 1992, he had won the German Junior Kart Championship.

At age 17, Schumacher made the transition into automobile racing, starting with the ADAC Junio Formula Championship. He finished runner-up that year and was given the opportunity to test a Formula Three car in 1992. By 1994, he had entered the German Formula Three Championship, and he finished in third place that year. His performances improved considerably in 1995, and he won three victories and finished second in the championship.

In 1996, Schumacher's manager managed to get him a spot in the Formula Nippon Series with Team Le Mans. He was driving alongside Naoki Hattori, and he won the series on his very first attempt. He then entered the All-Japan Grand Touring Car Championship and finished runner-up in the GT500 Championship.

In 1996, Ralf's Formula One career began when he tested for the McLaren team at Silverstone. Later that year, he signed a three-year contract to drive for the Jordan team, which included an 8-million pound sponsorship deal with Bitburger brewery. Schumacher secured a small percentage of these funds. In 1997, the team had been finalized and Ralf secured his first podium in Argentina, taking third place after a collision with his teammate.

Schumacher performed quite well in his first season, finishing in 11th place in the championship. However, he was frequently forced to retire. His career then stalled due to his compulsory military service, which he was forced to complete for his home nation of Germany. During this period, Ralf also competed in the FIA GT Championship. 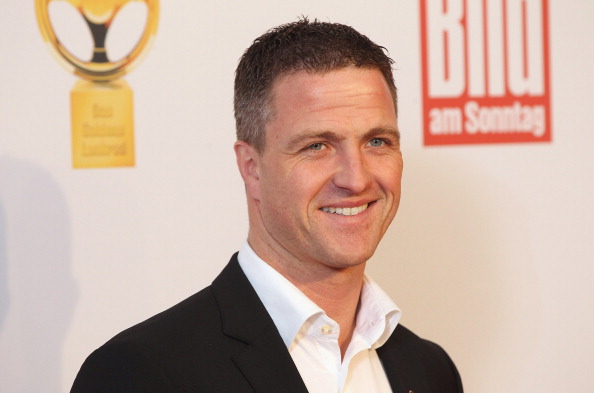 Schumacher's 1998 season began badly, retiring in many of his first races. Later, he signed a two-year contract to drive for the Williams team. It was reported that Michael Schumacher actually paid 2 million pounds out of his own pocket to terminate Ralf's contract. Ralf later finished in 10th place within the championship. After beginning the 1999 season with Williams, Schumacher finished third in Australia and followed with a fourth-place finish in Brazil. Retirements once again followed in the next two races. After scoring additional points and signing a three-year, $31-million contract extension with Williams, Ralf finished in sixth place in the championship.

In 2000, he finished in fifth place in the championship. In 2001, he finished in fourth and claimed his first Formula One victories. He once again finished in fourth place in the 2002 season. In 2003, he suffered a high-speed crash, but he still managed to finish in fifth place and help Williams finished second in the Constructors' Championship. After finished ninth in 2004, Schumacher moved to Toyota with a three-year contract. This led to a gradual decline, with Schumacher ultimately finishing in 16th place at the end of his final season with Toyota in 2007. Although he attempted a number of comebacks, he eventually left Formula One permanently by 2008.

Ralf finished his motorsports career with the Deutsche Tourenwagen Masters, spending four years there and achieving very little. He then became a manager within the DTM, primarily working with young drivers on the Mercedes-Benz team.

In 2001, it was reported that Ralf had become engaged to Cora-Caroline Brinkman, a former model. They were married later that year and welcomed their first child into the world later that year. By 2015, the couple had divorced. A fierce custody battle over their son followed, and Schumacher's seven-figure fortune was also on the line. Eventually, Cora received a settlement of 6 million euros, and she also retained ownership of the family home in Bergheim.

Various animal rights activists have accused Schumacher of hypocrisy. On one hand, he is one of the most famous supporters of Gut Aiderbichl animal farm, an organization that rescues and cares for needy and abandoned animals. On the other hand, Ralf is a passionate hunter who regularly shoots deer. It was once reported that he paid 35,000 pounds to shoot three deer. These actions have made him a divisive figure, and he has been criticized by groups such as PETA. 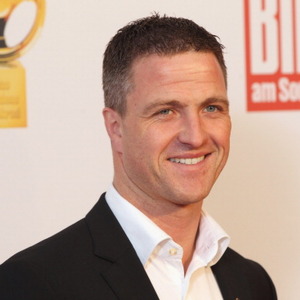