Paul Tracy Net Worth: Paul Tracy is a Canadian professional automobile racer who has a net worth of $20 million. Better known under his nicknames "PT" or "The Thrill From West Hill", he has competed in such car-race events as the IndyCar Series, CART, as well as the ChampCar World Series.

Born on December 17, 1968 in Scarborough, Ontario, Canada, Tracy first started to race go-karts at Goodwood Kartways at the age of 16. At the time, Tracy's most notable feat was becoming the youngest ever Canadian Formula Ford Champion. Over the years, he made his way up the North American open-wheel feeder series', eventually winning the 1990 American Racing Series Championship. On his way, he also set a record for single season wins with nine. It was in 2002 that he made his debut in the IndyCar Series and his best finish is 22nd in 2009. To date, he has won several accolades like the Bruce McLaren Trophy (1990), Most Improved Driver (1993), and All-Star Team (in 1999 and 2000). Today, he resides in Scottsdale, Arizona with his wife and two children. Aside from establishing himself as a car racer, Paul Tracy holds a business interest in Arma Energy SNX and owns Black Label Baggers, a custom motorcycle parts company. 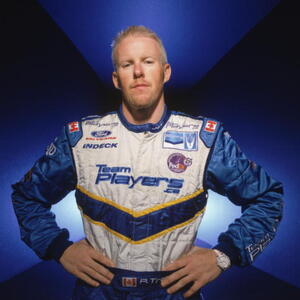