Paul Menard net worth: Paul Menard is an American NASCAR driver who has a net worth of $50 million dollars. Born in Eau Claire, Wisconsin, Paul Menard began racing when he was in elementary school, winning his first karting championship when he was eight years old. He began racing on the NASCAR circuit in 2000, appearing in the Re/Max Challenge Series. He raced well during his first few seasons, and joined Andy Petree Racing in 2003. He subsequently moved to Dale Earnhardt, Inc., and then to Yates Racing, now known as Richard Petty Motorsports. Over the years, he has earned a solid reputation on both the Sprint and Nationwide circuits. He has enjoyed one win – the 2011 Brickyard 400 at Indianapolis, 25 Top Tens, and one pole in the NASCAR Sprint series, and has earned one win – the 2006 AT&T 250 in Milwaukee, 73 Top Tens, and five poles in the Nationwide Series.

Paul's father John Menard is the founder of the mid-western home improvement chain Menards. John is one of the wealthiest men in the country with a net worth of $12.5 billion as of this writing. Menards is one of the top 50 largest retailers in the US with annual revenue topping $10 billion. 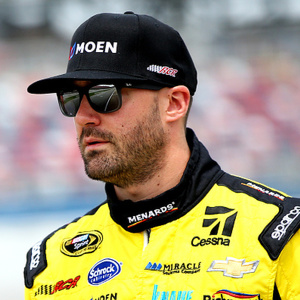