What is Nikita Mazepin's Net Worth?

Nikita Mazepin is a Russian racing driver who has a net worth of $100 million. Nikita Mazepin has competed in FIA Championships for such teams as Hitech Grand Prix, ART Grand Prix, and Haas F1 Team. In 2021, he raced for the latter team in the Formula One World Championship. Early the following year, his contract was terminated due to Russia's invasion of Ukraine, and he was sanctioned by the EU and UK.

Nikita Mazepin was born on March 2, 1999 in Moscow, Russia to Belarusian-Russian oligarch Dmitry Mazepin. He has four siblings, including sisters Maria and Anastasia. Mazepin demonstrated his racing skills early on in his life, winning the Russian Karting Championship as a kid. At the age of 12, he began his international karting career in the Trofeo Andrea Margutti. Rapidly ascending the ranks, Mazepin drove in the CIK-FIA Karting European Championship in only his second competitive year of racing. In 2013, he came in fourth in the KFJ category in the WSK Super Master Series, and the year after that came in second in the Karting World Championship.

In late 2014, Mazepin made his car racing debut in the MRF Challenge Formula 2000. Driving in the series' first round, he claimed his first career podium. Following this, Mazepin transitioned to the Toyota Racing Series, where he finished 18th in the standings. He subsequently raced in the Formula Renault Northern European Cup for Josef Kaufmann Racing. At the Red Bull Ring, Mazepin claimed one podium and finished in 12th place.

Mazepin moved up to Formula 3 in 2016, competing for Hitech Grand Prix in the FIA Formula 3 European Championship. He had a disappointing performance, finishing 20th in the standings; moreover, he got into a violent altercation with driver Callum Ilott, whom he hit in the face for blocking him during a session. As a result, Mazepin was banned from the first race of the upcoming Hungaroring meeting. He fared better on the track in 2017, scoring 108 points and finishing on three podiums.

In 2018, Mazepin switched to the GP3 Series to race for ART Grand Prix. He went on to win four races and finish runner-up in the championship, ending up only 16 points behind champion Anthoine Hubert. Mazepin did even better in the team championship, winning the title. 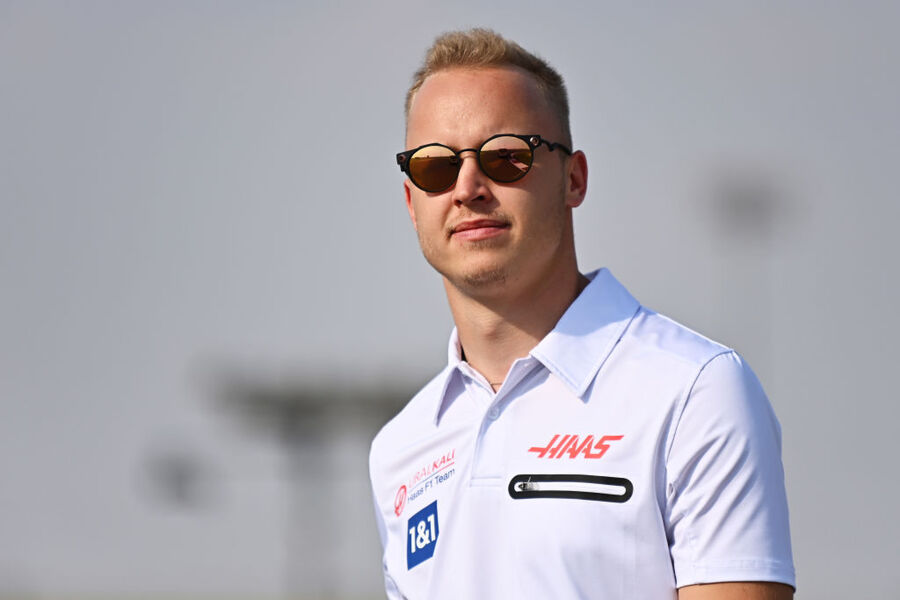 Mazepin advanced to Formula 2 in 2019. He had an eventful first season, as he precipitated an accident with Nobuharu Matsushita in the sprint race at the Sochi Autodrom. Ultimately, Mazepin finished his season in 18th place, while his teammate Nyck de Vries won the championship. In the 2020 season, Mazepin signed to the new Hitech Grand Prix to drive with Italian racer Luca Ghiotto. At the Hungaroring, he earned his first podium of the year with a second-place finish. Later, in Britain, Mazepin claimed his first F2 victory; he also won the feature race at Mugello.

In 2021, Mazepin agreed to a multi-year deal with the American Formula One racing team Haas F1 Team. He partnered with Mick Schumacher, and raced under the Russian Automobile Federation flag in the 2021 Formula One World Championship. Overall, Mazepin had a rough debut season. In his first race, he crashed out on the initial lap. Later, he came in last in the Emilia Romagna Grand Prix, and was issued a penalty in the Portuguese Grand Prix for ignoring blue flags and blocking another driver. Mazepin improved slightly in Monaco, beating his teammate Schumacher; he did better in Azerbaijan, achieving his best result of the year. Mazepin ended up missing the season finale at Yas Marina after testing positive for COVID-19 on the day of the race. He finished his season ranked 21st in the standings.

Although Mazepin was slated to compete for Haas F1 in the 2022 Formula One World Championship, his contract with the team was terminated in response to Russia's invasion of Ukraine. Along with his father, he was sanctioned by both the EU and UK for his country's assault.

In December of 2020, Mazepin posted a story on his Instagram page showing him groping a women's breasts. He eventually issued an apology, but deleted it after nine days. Mazepin attempted to apologize again in early 2021, saying that he knew his actions were inappropriate. The controversy around the incident resulted in the trending Twitter hashtag #WeSayNoToMazepin, which called for his expulsion from Haas F1 Team.

In April 2022 a $115 million Italian Villa was seized by financial police after it was determined that the property was legally owned by Dmitry and his son Nikita. You can see the incredible property in this drone video below: