Nigel Mansell net worth: Nigel Mansell is a British racing car driver who has a net worth of $90 million. He has won both the Formula One World Championship and the CART Indy Car World Series and was the reigning F1 champion when he moved over to CART where he became the first person to win the CART title in his debut season.

His career in F1 spanned 15 seasons, with his final two full seasons of top-level racing being spent in the CART series. Nigel is one most successful British Formula One drivers of all time in terms of race wins with 31 victories, and is sixth overall on the Formula One race winners list. He held the record for the most number of poles set in a single session, until it was broken by Sebastian Vettel in 2011. He was rated in the top 10 Formula One drivers of all time by longtime Formula One commentator, Murray Walker and in 2008, Entertainment and Sports Programming Network ranked him 24th on their top drivers of all-time. To date, he is the most recent inductee to the International Motorsports Hall of Fame from a country other than the US – he was inducted in 2005. During his career, he had an ongoing rivalry with Brazilian racing car driver, Ayrton Senna, who was also a stand out driver in his own right. He is the current President of one of the UK's largest Youth Charities, UK Youth, and is also President of the Institute of Advanced Motorists. He currently lives in Jersey, Channel Islands with his wife, Roseanne and their German Shepherd, Geisha, who was purchased as a personal protection dog in 2009. He has two sons, Leo and Greg, who are also racing drivers, and a daughter, Chloe, who is a designer. Mansell is an avid golfer and has a golf course in his backyard, he also briefly participated in the 1988 Australian Open. 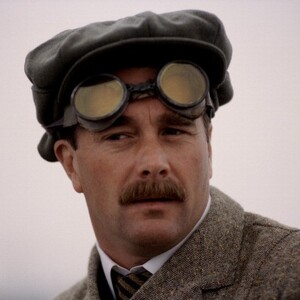