Nico Hulkenberg net worth: Nico Hulkenberg is a German professional racing driver who has a net worth of $10 million. Nico Hulkenberg was born in Emmerich am Rhein, West Germany in August 1987. He drives for the Renault F1 Team. Hulkenberg won the 2015 24 Hours of Le Mans in his first attempt and competed in the 2015 FIA World Endurance Championship season for Porsche.

He won the GP2 Series in 2009 and the Formula 3 Euro Series and A1 Grand Prix driving for Team Germany. Nico Hulkenberg is one of only five drivers to win the Formula 2 series championship in his debut season. He broke the record for most Formula One career starts without a podium finish in 2019. Nico Hulkenberg raced with the Williams team in Formula One in 2010. He then joined Force India in 2011 and drove for the Sauber team in 2013 before returning to Force India in 2014. Hulkenberg switched to Renault in 2017 until he is replaced by Esteban Ocon for the 2020 Formula One season. 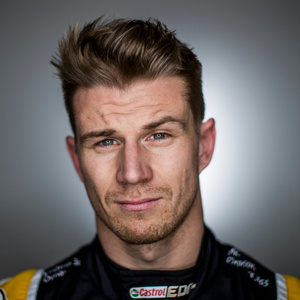