Nicky Hayden Net Worth: Nicky Hayden was an American professional motorcycle racer who had a net worth of $18 million. Nicky Hayden is perhaps most famous for winning the MotoGP World Championship in 2006. Nicky Hayden was born on July 30, 1981 in Owensboro, Kentucky. Nicknamed The Kentucky Kid, Hayden raced twice his age CMRA, often starting the race from the back of the starting grid while a family or crew member held his bike upright because he could not touch the ground. Later, at age 17, he was racing factory Honda RC45 superbikes while still in high school. In 1999, he won the AMA Supersport championship on board a privateer Honda. Hayden is one of a long line of American road racers to come from the American dirt-track scene. In 1999, Hayden won his first Grand National Championship race (Hagerstown Half Mile) and took Rookie of the Year honors. He was also declared the AMA's athlete of the Year. In 2000, Nicky Hayden won the Springfield Short Track. In 2002, despite racing in just a handful of dirt-track events, Hayden was able to win four races: Springfield Short Track (twice), Springfield TT, and Peoria TT . It was announced on October 17, 2013, that Hayden had signed with the Aspar Racing Team for the 2014 season. Hayden has two brothers, Tommy and Roger Lee, who are also professional motorcycle racers. Tragically, Nicky Hayden died on May 22, 2017 at the age of 35 after being injured in a bicycle crash. Nicky was training on a bicycle when he was stuck by a car. He was taken to a hospital with chest and head injuries which ultimately proved to be fatal. 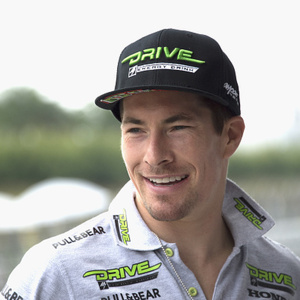