Ned Jarrett net worth: Ned Jarrett is an American retired race car driver who has a net worth of $16 million. Ned Jarrett was born in Conover, North Carolina in October 1932. He was known by the nickname "Gentleman" Ned Jarrett for his calm demeanor. His sons Glenn and Dale Jarrett were also drivers as well as his grandson Jason Jarrett. Some of his biggest accomplishments include winning the Grand National Championship in 1961 and 1965, winning the Sportsman Division Championship in 1957 and 1958, and winning the 1965 Southern 500. Jarrett also led the Grand National Series in wins in 1964 and 1965 and was named one of NASCAR's 50 Greatest Drivers in 1998. He has been inducted into several halls of fame including the International Motorsports Hall of Fame, the Motorsports Hall of Fame of America, and the NASACAR Hall of Fame. He finished with 50 wins, 239 Top 10s, and 35 poles in the Monster Energy NASCAR Cup Series over 13 years. 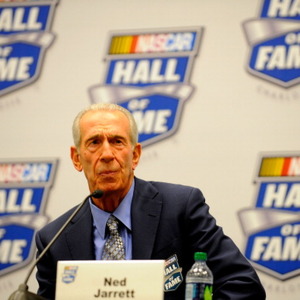