Morgan Shepherd net worth: Morgan Shepherd is an American stock car racing driver and owner who has a net worth of $25 million. Morgan Shepherd was born in Ferguson, North Carolina in October 1941. He currently drives the No. 89 Chevrolet Camaro for Shepherd Racing Ventures in the NASCAR Xfinity Series.

Shepherd is a born again Christian who is considered to be the minister to the racing community which he has been a part of for more than 45 years. In 1993 he became the second oldest driver to win a race. At 70 years old he also became the oldest driver to lead a Nationwide Series race, a feat that he extended in 2016. He is also the oldest drive to start a Spring Cup Series race at 72 years and 9 months. Shepherd won the 1980 NASCAR Late Model Sportsman Division Championship and was named the 2005 NMPA Man of the Year. He has competed in more than 500 NASCAR Sprint Cup Series races with four wins, 168 top tens, and seven poles. He has also competed in almost 400 NASCAR Xfinity Series races with 15 wins, 67 top tens, and six poles, as well as in more than 50 NASCAR Camping World Truck Series races. 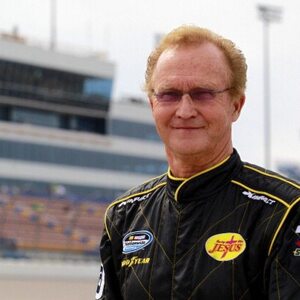