Mike Bliss net worth: Mike Bliss is an American professional stock car racing driver who has a net worth of $13 million. Mike Bliss was born in Milwaukie, Oregon in April 1965. He is known as a journeyman NASCAR driver and has run in all three major series over the years.

Currently Bliss drives part time in the NASCAR Sprint Cup Series. He drives the #32 Ford Fusion for Go FAS Racing as well as the #33 Chevrolet SS for Circle Sport. Bliss won the 1993 USAC Silver Crown Championship and was the 2002 NASCAR Craftsman Truck Series Champion. He has competed in almost 180 NASCAR Sprint Cup Series races and has seven Top Ten finishes. Bliss has competed in more than 353 NASCAR Xfinity Series races and has two wins, three poles, and 76 Top Ten finishes. He has driven in over 200 races for the NASCAR Camping World Truck Series and has 13 wins, 18 poles, and 109 Top Ten finishes. 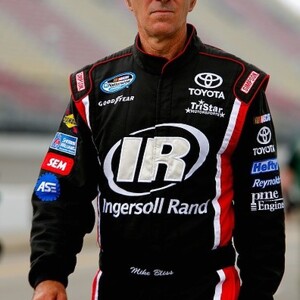