In his 250/Lites Class career, Alessi had four podium finishes – two of which he finished first place overall. 2006 marked Alessi's Supercross season (the Lites West Region Series), where he finish third place in San Francisco and Anaheim. He finished the West Region Championship in fourth place. In 2007, Alessi crossed over to the premier Motocross Class for the AMA Motocross Championships – where he finished second place overall in his rookie season. During the practice session for the 2008 Monster Energy AMA Supercross, Alessi was involved in an accident, where he escaped with a broken collarbone. He was involved in another crash at the Red Bud Raceway in 2008. Alessi broke his shoulder blades, a rib and a bruised lung and subsequently missed the entire season. Alessi was back on top form, as he finished second overall in the 2009 Lucas Oil AMA Pro Motocross. In 2011 Alessi signed with team MotoConcepts with brother Jeff Alessi. 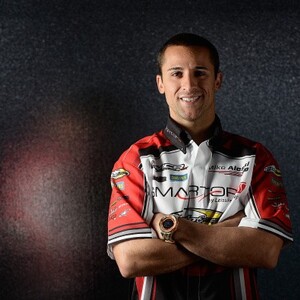