What is Mika Häkkinen's Net Worth?

Mika Häkkinen is a former racing driver from Finland who competed in Formula One from 1991 to 2001. Mika Häkkinen has a net worth of $50 million. He is one of only three Finnish drivers to have won the Formula One World Championship, having done so in both 1998 and 1999. In 2005, Häkkinen moved to the Deutsche Tourenwagen Masters series, and later moved into driver management and brand ambassadorship.

Mika Häkkinen was born on September 28, 1968 in Vantaa, Finland to Aila, who worked as a secretary, and Harri, who was a shortwave radio operator and part-time cab driver. He has a sister named Nina. As a kid, Häkkinen played football and ice hockey. At the age of five, his parents rented a go-kart for him to ride at a track close to their home. Häkkinen became hooked, and went on to compete in numerous kart championships in Finland. He won his first race in 1975 at the Keimola Motor Stadium; by the end of the decade, he had won the Keimola Club Championship twice. In 1980, Häkkinen won the Swedish Lapland Cup, and in 1981, won the 85cc class at the Finnish Karting Championship. A few years later, after moving up classes, he won the 100cc Formula Nordic title; he won it again in 1985 and 1986.

Häkkinen moved from karting to car racing in 1987. He entered into the Finnish, Swedish, and Nordic Formula Ford Championships, winning each title on his first attempt. The next year, he entered the EFDA Formula GM Lotus Euroseries, notching four victories and coming runner-up in the championship. Later, he took the title in the Opel-Lotus EDFA Euroseries. In 1989, Häkkinen moved up to the British Formula 3 Championship, and finished in the seventh position. The following year, he won the series.

In 1991, Häkkinen entered Formula One with Team Lotus; he finished his debut season 16th in points in the Drivers' Championship. He remained with Lotus in 1992, and then joined McLaren in 1993. Following four years of only moderate successes with McLaren, Häkkinen won his first Formula One race in 1997 at the European Grand Prix. He subsequently won eight races in the 1998 season, before winning the World Drivers' Championship at the season-ending Japanese Grand Prix. Moreover, he was honored with the Autosport International Racing Driver Award that year. In 1999, Häkkinen scored five victories to repeat his Drivers' Championship success for the second consecutive year. He was also once again the recipient of the Autosport International Racing Driver Award.

In 2000, Häkkinen finished second in the European Grand Prix, sixth in Monaco, fourth in Canada, and second in France. He then came in second in Germany before notching a victory in Hungary, where he took the Drivers' Championship lead from Michael Schumacher. Häkkinen ended the season with a second place in Japan, ultimately ceding the Drivers' Championship to Schumacher. After two more victories in 2001, Häkkinen announced a sabbatical from racing; the next year, he officially retired. 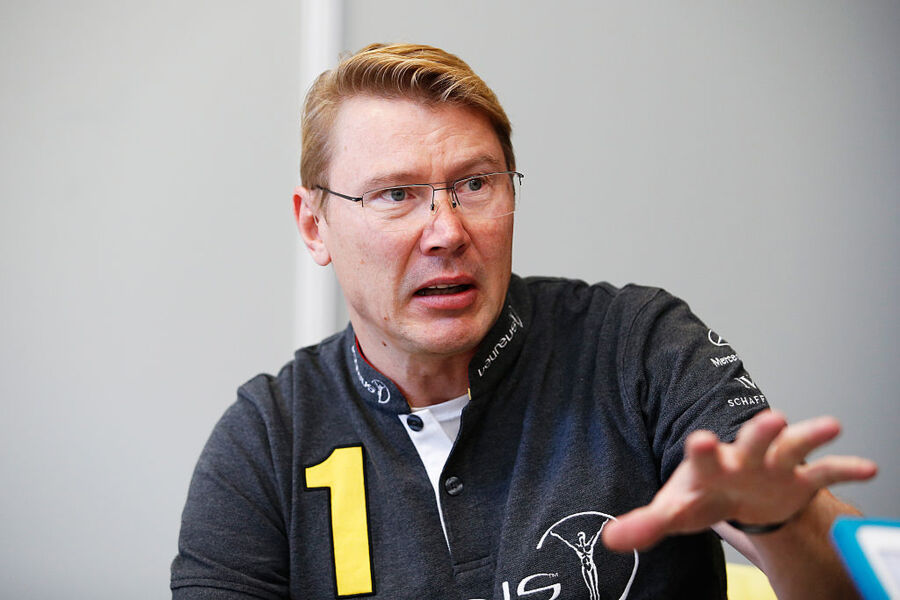 Häkkinen moved to the Deutsche Tourenwagen Masters series in 2005. He had a mostly successful debut season, holding a podium position at the EuroSpeedway Lausitz and winning at Spa-Francorchamps. Häkkinen finished the season fifth in the Drivers' Championship. He didn't fair quite as well in 2006, finishing sixth in points. For his final season with Deutsche Tourenwagen Masters in 2007, he finished seventh.

Häkkinen retired from top-level motorsport racing at the end of 2007. The following year, he began a career in driver management, working with the firm Aces Associate Group. Häkkinen continued to race, this time in sports cars, in the Intercontinental Le Mans Cup and the GT Asia series. Additionally, he became a brand ambassador for Mercedes-Benz, UBS, Nokian Tyres, and the Scotch whisky label Johnnie Walker, for which he led campaigns promoting responsible drinking and safe driving.

Nicknamed "The Flying Finn," Häkkinen is renowned for his unique driving style, including his oversteering to drive faster on slick surfaces. He would also use his left foot on the brake pedal. As a media personality, Häkkinen earned a reputation for his laconic character; often taking long pauses before answering questions, he made sure to give nothing valuable away to the media. He used this strategy to prevent any potential problems or scandals from emerging within his team.

In 1998, Häkkinen wed former television journalist Erja Honkanen. They had a son and a daughter, and divorced in 2008. Häkkinen also has a son and two daughters with his Czech girlfriend Markéta Remešová.

Since 1991, Häkkinen has lived in Monaco; he also owns residences in Finland and France. In 2008, his newly completed mansion in the latter country was burned down after a light short-circuited in one of his trophy cabinets. Although nobody was injured, Häkkinen's Formula One awards were destroyed in the blaze. 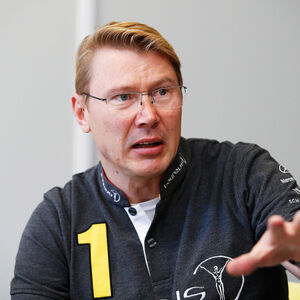