What is Michael Schumacher's net worth?

Michael Schumacher is a former German Formula One race car driver who has a net worth of $600 million. Michael is one of just a handful of athletes who earned more than $1 billion during their career. At the peak of his career he made $80-$100 million per year. Of that, he earned $10 million a year to wear a Shell hat during public appearances.

He began racing at a very early age and is today considered to be the most successful Formula One driver of all time. His career spanned from 1991 to 2006 with Jordan Benetton, and Ferrari. Michael's younger brother Ralf Schumacher also had a highly successful racing career.

Tragically, Michael's life was upended in December 2013 after a ski accident. The accident left him with permanent brain damage.

Michael Schumacher was born on January 3, 1969 in Hürth, which at the time was part of West Germany. Michael, the son of Rolf and Elisabeth Schumacher, was born with speed in his blood.When Michael was just four, his father put a small motorcycle engine in his pedal kart. With his parents' support, he became the youngest member of the karting club at the Karting track in Kerpen-Horrem. At the age of six, Schumacher would win his first club championship. He would continue racing throughout his childhood and teen years, winning many of the championships in German and European kart races. Although regulations in Germany require a driver to be at least 14 years old to get a license to operate a kart, Schumacher obtained a license in Luxembourg at the age of 12. From the time he got his German license in 1983 on, he won many German and European kart championships. He signed with Willi Weber's WTS Formula Three team in 1989.

Michael made his Formula One debut in 1991 at the Belgian grand pix. He hit his stride in 1994 when he won six out of seven races. In 1996 he joined the Scuderia Ferrari S.P.A racing team. The team struggled for years to win a championship until the arrival of Schumacher. Michael began winning races for the struggling team practically overnight. This success became especially apparent in 1999 when Michael won the prestigious Constructors title. Though his career was on fire in the late '90s, the next decade would bring another string of highly successful and lucrative wins. Beginning roughly in 2000, Schumacher would go on to win more championships than any other driver in the history of racing. He won the Formula One world driver's championship seven times (1994, 1994, 2000, 2001, 2002, 2003 and 2004). He won the World Championship in 2000 (his third one), Italian Grand Pix, and the Japanese Grand pix. His success would dwindle down around 2005, and in 2006 he announced his retirement. In 2010 he announced a comeback with Mercedes GP. He produced the fastest qualifying time at the 2012 Monaco Grand Prix, and finished third at the 2012 European Grand Prix. With this, became the only oldest driver to ever achieve a podium since Jack Brabham's second-place finish in 1970 at the British Grand Prix.

Over the years, Michael has found himself embroiled in various controversies. Some of these include dangerous driving citations and penalties, and alleged foul play and cheating scandal accusations.

Tragically, Michael's career was cut short after a skiing accident in December 2013 that left him with a traumatic brain injury. He had been out skiing with his 14-year-old son Mick in the French Alps when he fell and hit his head on a rock. He suffered severe head injuries despite wearing a ski helmet. According to physicians, he would have died if he had not been wearing the helmet.

Schumacher was placed in a medically induced coma for six months and has not been seen in public since. He regained consciousness in June 2014 and was transferred for further rehab in Switzerland.

Michael was finally able to be brought home for further recovery in September 2014. In November 2014, it was reported that Michael was paralyzed and in a wheelchair. He was unable to speak and suffered memory loss. In September 2019 Michael was transported to Paris to undergo an advanced stem cell treatment in the hopes that it might help him recover. 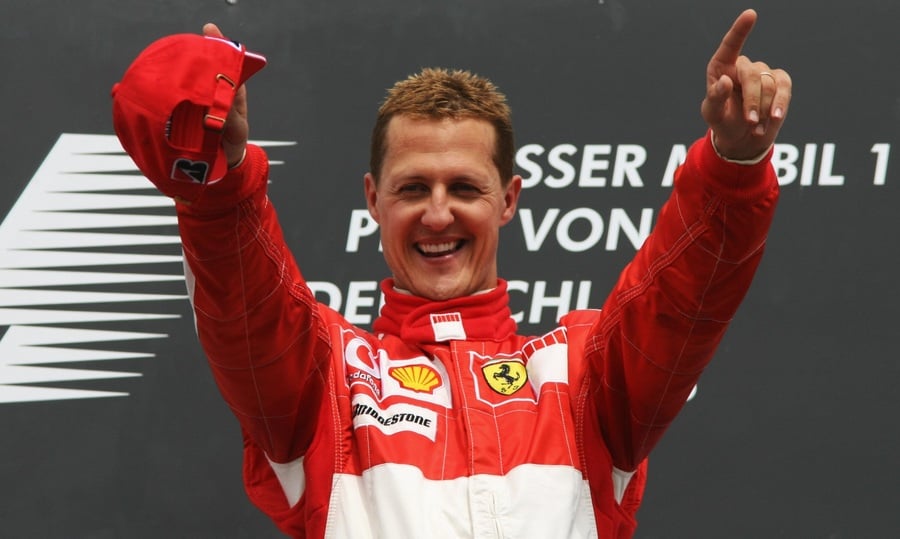 During his career, Michael donated tens of millions, possibly hundreds of millions of dollars to global charities. The exact total amount is not known because much of his giving was done anonymously. It is known that in his last five years of driving he donated a total of $50 million to UNESCO. Over the years, he has donated a total of 1.5 million euros to UNESCO. In addition, Schumacher paid for the construction of a school for underserved children in Dakar, Senegal. He also supports a hospital for child victims of war in Sarajevo. He also donated $5-10 million to the Clinton Foundation. In 2003, he was appointed as an Ambassador-at-Large for the Most Serene Republic of San Marino. In 2004 he donated $10 million to help victims of the Indian Ocean earthquake. He lost his bodyguard (and the bodyguard's two sons) from the earthquake and resulting tsunami. Schumacher funded Palace for the Poor in Lima Peru, a charity for helping homeless children get an education, food, clothing, and shelter.

Michael married Corinna Betsch in August 1995. Together they have two children, daughter Gina-Marie (b. 1997) and Mick (b. 1999). Michael has always been adamant about keeping his personal life out of the spotlight. In 2019, Mick Schumacher was announced as a driver for the Ferrari Driver Academy. Before his accident, Michael enjoyed horse riding and playing football for his local team, FC Echichens.

Michael Schumacher is also one of the highest-paid athletes of all time with career earnings that easily surpass $1 billion. At that level of earnings, he is the 5th highest-earning athlete of all time behind Jack Nicklaus ($1.2 billion), Arnold Palmer ($1.7 billion), Tiger Woods ($1.7 billion) and Michael Jordan ($2 billion). Even in years when he was not racing, Schumacher earned $50 million from endorsements alone. At the peak of his career, he was paid $10 million per year by Shell to wear a hat with the company's logo at nearly all public appearances. At his peak, he earned $80-100 million per year which was frequently enough to make him the highest-paid athlete in the world. He appeared on Forbes' list of highest-paid athletes every year since they began tracking athletes in 1990.

Michael and his wife own an enviable real estate portfolio that spans the globe. At the time of his accident, Michael and his wife Corinna's primary residence was a mansion in Switzerland located on the shores of Lake Geneva. They also own a horse ranch in Texas as he and his wife were both very passionate about horses. In 2018 Michael's wife bought a $40 million property in Majorca, Spain that spans 160,000 square-feet. 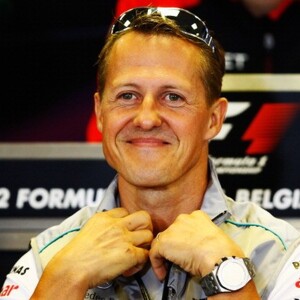