His father, Mario Andretti, is a Formula 1, CART and NASCAR racing legend. Michael started his racing career in 1980 as a driver in the Formula Vee car in Local SCCA events. In 1981 he won six out of 11 Super Vee races and won the championship. In 1984 he made his driving debut in CART as a member of the racing team known as the Kraco team. He finished the season with in seventh place after having five third place finishes. Michael married Sandra Spinozzi in November of 1985. They have two children, and divorced in 1996. He was married to Leslie Wood from 1997 – 2004 and they have one son. On October 7, 2006 at the Andretti Winery in Napa Valley, California, Michael married Jodi Ann Paterson, a former Miss Oregon Teen USA. She is also a model, actress and the 2000 Playboy Playmate of the year. 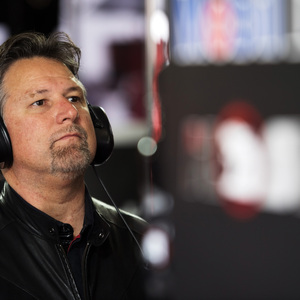