What is Max Verstappen's Net Worth?

Max Verstappen is a Belgian-Dutch racing driver who has a net worth of $60 million. At just 17 years of age, he became the youngest-ever driver to compete in the Formula One in 2015 at the Australian Grand Prix. In 2021, he won the Formula One World Championship with Red Bull Racing. Max comes from a family of Formula One drivers, as his father Jos also competed in this sport.

Verstappen began his career with Scuderia Toro Rosso in 2015 before moving to Red Bull Racing in 2016. He won the 2016 Spanish Grand Prix at the age of 18, thereby becoming the youngest-ever driver to win a Grand Prix. After securing victory at the 2021 Abu Dhabi Grand Prix, Max also became the first Dutch driver to win the Formula One World Championship. Verstappen has led a resurgence in Honda-powered cars, racking up 19 victories. Prior to his 2021 win, he finished third in both 2019 and 2020. In 2020, he signed a contract extension that will keep him with Red Bull Racing until 2023.

Max Emilian Verstappen was born on September 30th of 1997 in Hasselt, Belgium. Raised alongside a younger sister in a family with a rich history in motorsports, Max was also destined to become a Formula One Driver. His father Jos drove in the sport, and his mother competed in karting. Max also has family members who have competed in the NASCAR Whelen Euro Series. Despite being born in Belgium, Verstappen identifies as Dutch and competes professionally under the Dutch flag. It is also worth noting that Max competed in Formula One for about a year prior to even obtaining his driver's license.

Verstappen began his racing career at the age of four, competing in karting and winning a number of championships by 2007. In 2010, he entered international karting and finished in second place to Alexander Albon at the KF3 World Cup. Albon would later become his teammate at Red Bull Racing. By the end of 2012, Max had won a number of championships at the international level and was ready to move into Formula racing.

Verstappen first raced in an actual car in 2013, driving a Formula Renault car at the Pembrey Circuit. He then went on to test various Formula Renault cars over the next few years, setting impressive lap times and beating more experienced drivers. In 2014, he officially made his racing debut at the Florida Winter Series. He quickly won a number of races before stepping up to Formula Three. He drove for a single season in the Formula Three FIA European Championship, finishing in third place and winning 10 races. By this point, it was obvious that Verstappen was ready for Formula One.

Max officially joined the Red Bull Junior Team in 2014 despite offers from Mercedes. Later that year, he became the youngest driver to ever compete in a Grand Prix Weekend at the Japanese Grand Prix, however he was technically just taking part in the free practice. At the Australian Grand Prix, he became the youngest ever driver to start a World Championship later that year at the age of 17. The previous record was held by someone who started a race while almost two years older than Max. His first race didn't exactly go to plan, however, as he was forced to retire due to engine failure.

He then recorded a few strong finishes before getting into his first high-speed collision with Romain Grosjean, clipping the Lotus driver's rear and flying straight into the barriers. This was extremely controversial, and he was given a penalty as well as the moniker of "dangerous" by other drivers. Verstappen finished the season with strong finishes, earning awards such as "Rookie of the Year," "Personality of the Year," and "Action of the Year." 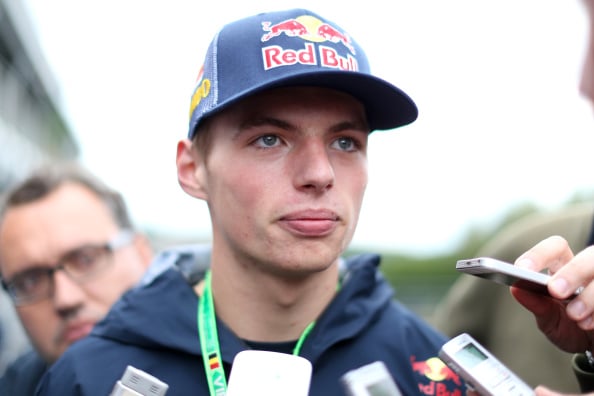 Verstappen began the 2016 with just a few months at Toro Rosso before switching to Red Bull, replacing Daniil Kyvyat for the Spanish Grand Prix. He proved his worth by winning that race and becoming the youngest-ever Formula One driver to do so. During this period, Max was criticized for his aggressive driving style and was warned by F1 director Charlie Whiting. That year, he accomplished the impossible and went from 16th place to the podium in just 15 laps during the Brazilian Grand Prix.

The 2017 season was marred by a number of retirements for Max. Many of these retirements were caused by collisions, while others were caused by mechanical failures. By the end of the season, however, Verstappen was showing considerable improvement. In 2018, he was involved in a vast number of incidents that included both errors and collisions. However, the end of the season went better and he finished in fourth place.

He improved on that once again in 2019 with a third-place finish, racking up three victories and nine podium finishes. After signing a contract extension with Red Bull, Verstappen finished in third place once again in 2020. In 2021, Max Verstappen battled with Lewis Hamilton for the championship, eventually winning by overtaking Hamilton in the final lap of the 2021 Abu Dhabi Grand Prix.

Max is one of the highest-paid Formula 1 drivers in the world. He reportedly earned $60 million in 2020 alone.

Max Verstappen has spent a considerable amount of his fortune on a stunning private jet that is allegedly worth 12 million pounds (about $16 million). He reportedly paid this vast sum to Richard Branson in 2020, who previously owned the airplane. The plane is a Falcon-900EX, which features Honeywell engines and a range of almost 9,000 km. It can also reach top speeds of up to 892 kilometers per hour. It is also worth mentioning that the plane costs about 1 million pounds to maintain each year. The jet also comes with its own bar.

Max reportedly lives in a 13-million-pound penthouse apartment in Monte Carlo, although it is said that he rents this residence. Despite the rumors, Verstappen insists that his place of residence was not chosen because of the tax benefits.

As a Formula One driver, you would expect Verstappen to have a considerable private collection of automobiles, and the athlete does not disappoint. He is said to have a penchant for Aston Martins, and in 2021 it was reported that he was waiting for a 2-million-pound Valkyrie to be delivered. 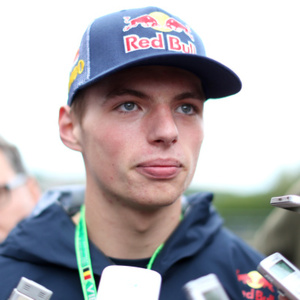