Martin Truex Jr Net Worth: Martin Truex Jr is an American stock car racing driver who has a net worth of $40 million. Born Martin Lee Truex Jr. on June 29, 1980, in Mayetta, New Jersey. For years he drove the no. 56 Toyota Camry for Michael Waltrip Racing in the NASCAR Sprint Cup Series. As of this writing he drives the #19 Bass Pro Shops Toyota Camry for Joe Gibbs Racing. Martin Truex Jr's path to NASCAR leads back to his youth while he worked on a clam boat for his father's family-owned seafood business, SeaWatch International. The money that he earned let him hone his skills as a driver in the go-karts and Northeastern modifieds. Truex Jr's early success soon transferred into the NASCAR world where he won Nationwide Series championships and earned a full-time ride in the Sprint Cup Series. He was only eighteen when he won his first feature Modified event. By 2000, Truex Jr's father (a former NASCAR race winner himself) allowed him to take the helm of his Busch North Series ride. Later that season, he won the Busch North Series event at the New Hampshire International Speedway in Loudon, New Hampshire. It was in 2001 that Truex Jr made his NASCAR Busch Series debut at Dover International Speedway driving for his family-owned team. Ever since, he has carved out a successful stock car racing career for himself, an effort that has certainly paid off. In 2017 he won a Monster Energy NASCAR Cup Series Championship.

Beyond the track, he is also playing an instrumental role in promoting the NAPA Know How marketing campaign. He has also made generous donations to various community programs and initiatives via his Martin Truex Jr. Foundation.

Career Earnings: Between June 2018 and June 2019, Martin earned a little over $8 million. That was enough to make him the 9th highest-paid NASCAR driver in the world. Roughly $7 million of his earnings came from salary/winnings. The remainder came from endorsements. 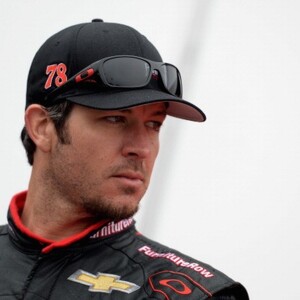