What is Martin Brundle's Net Worth?

Martin Brundle is a former racing driver from England who has a net worth of $100 million. Martin Brundle is best known for competing in Formula One. Additionally, in 1988, he won the World Sportscar Championship with a record points score, and in 1990 won the 24 Hours of Le Mans. Beyond racing, Brundle has worked as a commentator for television channels including ITV Sport, the BBC, and Sky Sports.

Martin Brundle was born on June 1, 1959 in King's Lynn, Norfolk, England. He started his racing career at the age of 12, competing in grass track racing. Brundle subsequently moved to Hot Rod racing, and then to single seater racing in 1979. He also raced Tom Walkinshaw's BMW touring cars, winning the BMW championship in 1980. Two years later, Brundle moved up to Formula Three, and earned five pole positions and two wins during his debut season. In 1983, he competed with Ayrton Senna in the Formula Three championship, which he lost on the final laps of the final race.

Start of Formula One Career and World Sportscar Champion

Brundle was offered an entry into Formula One in 1984. Driving with the Tyrrell Racing Organisation, he finished fifth in his first race in Brazil and second in Detroit. At the Dallas Grand Prix, he broke both of his ankles and feet in a crash during practice, and had to miss the remainder of the season. Although he eventually recovered, Brundle was left with permanent damage that would prevent him from left-foot braking. To make matters worse, Tyrrell was disqualified from the World Championship later in the year due to a technical violation, and Brundle's achievements were scrubbed from the record books. Still, he remained with Tyrrell for the following two seasons. In 1987, Brundle moved to the West German team Zakspeed, but only managed to score two points during the year.

In 1988, Brundle took a year off from Formula One to join Jaguar in the World Sportscar Championship, and ended up winning the title with a record points score. The same year, he won the Daytona 24 Hours. Brundle returned to Formula One in 1989 with the Brabham team, which struggled to recapture its success during the season. Better luck came for Brundle the following year, when he won the 1990 24 Hours of Le Mans. 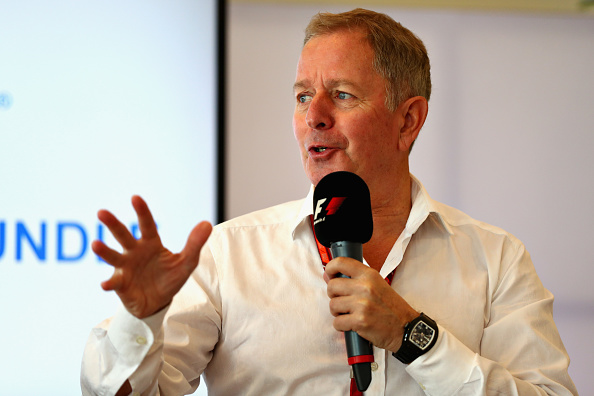 Brundle switched over to Benetton in 1992, and subsequently had a strong season. After being dropped by Benetton the next year, he joined Ligier. Notably, he came in third at Imola, which he achieved while driving a car without active suspension. Moreover, he finished seventh in the World Drivers' Championship, making him the most successful driver that year to not have an active suspension system. In 1994, Brundle drove for the struggling McLaren; in his first race of the season, he barely avoided a major injury in an accident with Jos Verstappen. Later on, he put in a number of strong performances, including a second-place finish at Monaco.

For part of the 1995 season, Brundle returned to Ligier, and notched a fourth-place finish at Magny-Cours and a podium finish at Spa. The next year, he partnered with Rubens Barrichello at Jordan for a solid season; in the 1996 Japanese Grand Prix, he finished fifth. Brundle concluded his Formula One career with a total of nine podiums and 98 championship points.

After returning to Le Mans for a spell, Brundle largely retired from motor racing. He subsequently became a well-regarded commentator for the British television network ITV, which he joined for its Formula One coverage in 1997. Following his departure from ITV in 2008, he joined the BBC's commentary team alongside Jonathan Legard, and in 2012, began commentating for Sky Sports alongside David Croft. In recognition of his work, Brundle won the RTS Television Sports Award for Best Sports Pundit in 1998, 1999, 2005, and 2006.

Brundle came out of retirement in 2008 to drive in the Formula Palmer Audi Championship, in which his son Alex was a series regular. In the three races he participated in, Brundle took top-eight finishes. He rose out of retirement again in 2011 for the Daytona 24 Hours, racing for United Autosports in a Ford-powered Riley. With his team, he finished fourth overall. Brundle returned to competitive racing the next year at the 2012 24 Hours of Le Mans, teaming up with his son; they ultimately finished 15th.

Beyond racing and commentating, Brundle has been involved in driver management. He has managed David Coulthard, and co-owned the management company 2MB Sports Management with Mark Blundell. Additionally, with his racing driver brother Robin, Brundle took over their dad's car dealership. The business closed in 2003.

In 2004, Brundle published his first book, "Working the Wheel." Later, he released "The Martin Brundle Scrapbook," an autobiography told via news cuttings, photographs, and assorted memorabilia.

With his wife Liz, Brundle has a son named Alex and a daughter named Charlie. Alex has followed in the footsteps of his father, and has competed in the 2012 GP3 Series and the FIA World Endurance Championship. Having always lived within a 10-mile radius of his hometown of King's Lynn, Brundle resides in Gayton. 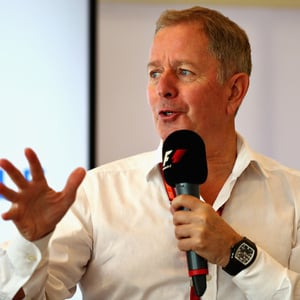