How much is Marcos Ambrose Worth?

Marcos Ambrose is an Australian racing driver who has a net worth of $20 million. Marcos Ambrose earned his net worth as one the top drivers in V8 Super race in NASCAR history. Ambrose started racing at the age of ten, winning four Tasmanian state junior karting titles. In 1998, Ambrose moved to Europe, joining Formula Ford and the following year, he won the Formula Ford championship. Due to lack of budget, Ambrose returned to Australia, signing up with Stone Brothers Racing in 2001. Ambrose went on to win two championships and a string of awards including Rookie of the Year and The Barry Sheene Medal in 2003 and 2004. In 2006, Ambrose moved to the US in pursuit in a racing career in NASCAR. He signed a deal with Ford Motor Company with Wood Brothers/JTG Racing for the NASCAR Camping World Truck Series in 2006. Ambrose made history as he was first non-American driver to make it in the top five in a truck series. He also took the pole position, making him the first Australian to lead in a camping track series. Ambrose moved to NASCAR Nationwide Series, where he continued to raise eyebrows. In 2011, he joined Richard Petty Motorsports, winning his first NASCAR Sprint Cup Series at Watkins Glen International. In 2012, Ambrose founded his team called Marcos Ambrose Motorsports. 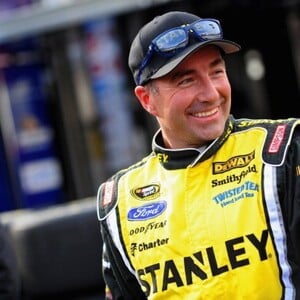