Larry McReynolds net worth: Larry McReynolds is an American racing analyst and former NASCAR crew chief who has a net worth of $4 million. Larry McReynolds was born in Birmingham, Alabama in January 1959. He was a minority owner of Bang! Racing and also worked as an advisor for Petty Enterprises. McReynolds started his NASCAR career in 1975 and worked his way up to become a crew chief by 1985.

From 1985 to 2000 he was a Winston Cup crew chief and earned 23 Cup wins. McReynolds won his first Cup at Watkins Glen International in 1998 with driver Ricky Rudd. Along with driver Davey Allison he won 11 races from 1991 to 1993 including the 1992 Daytona 500. He earned seven wins with Ernie Irvan from 1993 to 1996 and helped Dale Earnhardt to win the Daytona 500 in 1998. From 1991 to 1995 he was selected to the Copenhagen/Skoal All-Pro Team. Larry McReynolds joined Fox Sports as a broadcaster in 2000 and has also worked on other networks including TNT and Speed. He co-authored the books The Big Picture: My Life from Pit Road to the Broadcast Booth as well as How to Become a Winning Crew Chief and appeared in the movie Talladega Nights. 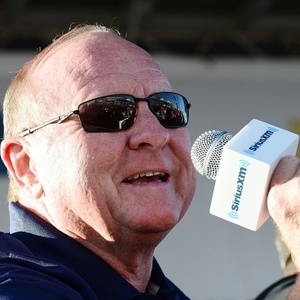