Lance Stroll net worth: Lance Stroll is a Canadian Belgian racing driver who has a net worth of $50 million. He is perhaps best known for achieving his racing success at such a young age. His father is multi-billionaire businessman Lawrence Stroll who earned a fortune as the owner of Tommy Hilfiger and now owns Aston Martin. His father has one of the most impressive personal car collections on the planet. Hus father's car collection alone is worth hundreds of millions of dollars.

Lance Stroll was born in Montreal, Quebec, Canada in October 1998. He was a part of the Ferrari Driver Academy from 2010 to 2015. Stroll competed in the Florida Winter Series and the Italian F4 Championships series in 2014. In 2015 he competed in the Toyota Racing Series and from 2015 to 2016 he competed in the F3 European Championship series. As of 2020 he drives with Racing Point in the Formula One series in the #18 car. Lance Stroll drove for Williams in 2017 and 2018. In 2014 he was the Italian F4 champion. Stroll was the Toyota Racing Series champion in 2015 and the FIA European Formula 3 champion in 2016. In 2017 he became the second youngest driver to finish an F1 race on the podium when he finished third at the Azerbaijan Grand Prix. Stroll also became the youngest driver to finish on the podium during his rookie season. 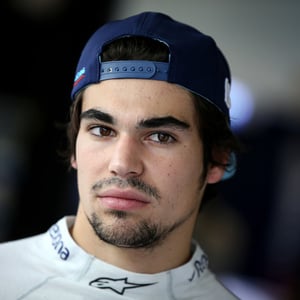