Kurt Busch Net Worth: Kurt Busch is an American professional race car driver who has a net worth of $60 million. He accumulated his wealth through his racing career and sponsorships. He and his wife star on the CMT reality show "Racing Wives." During his racing career, Kurt has earned over $90 million from racing prizes alone. He has earned an equally large amount from endorsements.

Early Life: Kurt Thomas Busch was born on August 4th, 1978 in Las Vegas, Nevada. His father was a salesman, and his mother worked at a public school. When he was six years old, he began going to the racetrack with his father and competing in go-kart racing. He entered into his first competition when he was fourteen. He raced in a dwarf car at the Pahrump Valley Speedway. His father was very supportive of his racing aspirations and allowed him to compete as long as he maintained good grades. During his teenage years, he participated in modified stock car racing, and won his second competition, which took place at the Las Vegas Speedway Park. He and his father traveled around the southwest competing in races. Kurt is the older brother of two-time NASCAR Cup Series Champion Kyle Bush. He attended Durango High School, and upon his graduation, he enrolled at the University of Arizona where he intended on studying to become a pharmacist. He was there for less than a year and left to focus on his racing career.

Early Career: After professional racecar driver Chris Trickle was seriously injured in an unsolved drive-by shooting, the Star Nursery team to which he belonged began to look for a replacement. Busch had garnered attention during the nineties with wins at the Nevada Dwarf Car championship in 1995 and the Legend Cars Western States championship in 1996. He joined the Star Nursery team and then competed in and won the semi-professional NASCAR Featherlite Southwest Series. He was named the Auto Zone Elite Division Southwest Series Rookie of the Year in 1998. In 1999, he and the Star Nursery team won the Southwest Tour Championship. He signed with Roush Racing later that year, which allowed him to move up and compete in a higher level of racing. In 2000, he competed in the Craftsman Truck Series, which was an entry-level NASCAR series for younger drivers. He won four races that year and was second in the series' point standings. He was the youngest driver to win both a pole in the series and a race. Winning a pole is winning a qualifying race and getting a better starting position for the competition race. With these successes, Roush announced that he was being promoted and would compete in the next year's Winston Cup Series, replacing Chad Little. They released Little early, and Busch competed in seven Winston Cup races but did not win any of them. Despite his lack of wins, Roush Racing decided to put him in the Winston Cup Series full-time for the 2001 season. He placed in the top five in three of his races and earned over $2 million that year. Busch raced against Dale Earnhardt in the 2001 Daytona 500, and Earnhardt flashed him the middle finger going 185 mph. It was the last race they'd compete in together because of Earnhardt's fatal crash the next year.

In 2002, he dramatically improved in his standings and rank in the NASCAR Cup Series, which the new name of the Winston Cup Series as their contract with R.J. Reynolds Tobacco had expired. Over the season, he four won races, had twelve top 5, and twenty top 10 finishes. He ended the year ranked third in points, and he had collected over $5 million that year. His performance in the following season was less consistent, and although he won four races, he ended the season in eleventh place in points. He wouldn't be back in the top ten until the 2005 season, in which he finished tenth in points. 2005 also marked his departure from Roush Racing, and he signed on with Penske Racing in 2006. 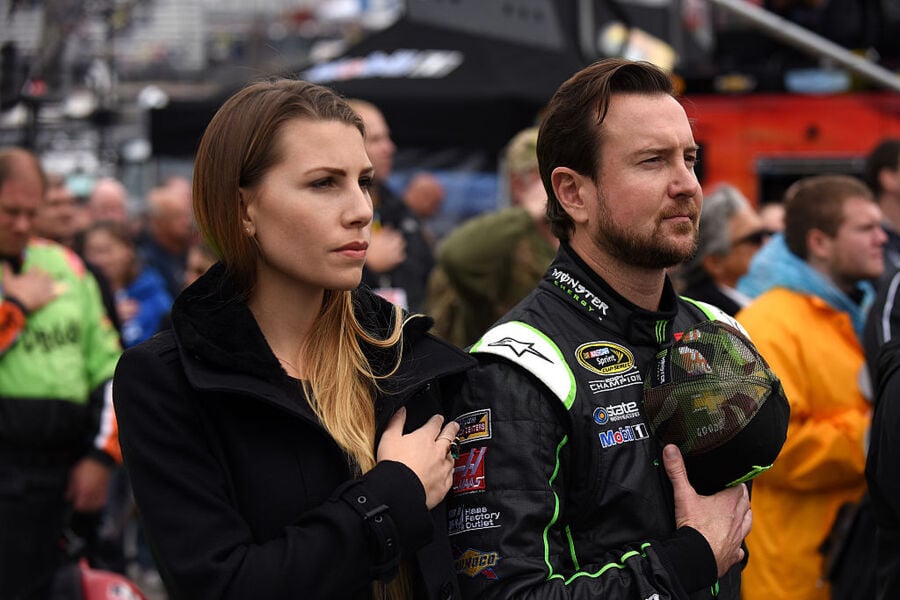 Penske Racing and Career Controversies: Busch continued to win notable races and have strong finishes, but he was inconsistent in his cumulative points ranking. In 2007, he finished seventh and in 2009, he ended the season at fourth. Despite his standings, he has consistently collected over $4.1 million. From 2007 to 2015, he has taken in an average of $5.87 million each year. Although he has had a successful career, it has not been without controversy. In 2005, he was pulled over on suspicion of drunk driving in Maricopa County, Arizona, but the sheriff's department would not release the results of his sobriety test because they had allegedly malfunctioned. Roush Racing suspended him for the last two races of the season. In 2007, he was in a race with his brother, Kyle, and their cars made contact, which caused both to crash. This resulted in a falling out, and the two not speaking. The brothers reconciled later that year at their grandmother's behest. In the 2011 Richmond Races, he had an incident in which he accidentally crashed into driver Jimmie Johnson, and Johnson retaliated in the next race. When asked about the rivalry by a reporter, Busch lost his temper and had to be physically restrained. NASCAR put him on probation until December of 2012. In 2015, he was suspended by NASCAR due to domestic abuse allegations made by his former girlfriend. No charges were filed, and his suspension was lifted upon his completion of the reinstatement program several months later.

Personal Life: Busch has been involved in a number of feuds and rivalries with other drivers, and in 2006, he was named the third most hated athlete behind Barry Bonds and Tyrell Owens. He underwent cosmetic surgery in 2006 to have his ears pinned closer to his head.

He was married to Ashley Van Metre since 2017. In 2019, they began to star on CMT's reality television show "Racing Wives."

Real Estate: In 2013 Kurt paid $3.29 million for a 9,500 square-foot lakefront mansion in Mooresville, North Carolina. In 2018 he listed the home, which he dubbed "Chateau de Busch", for $3.6 million. He ultimately accepted $3.3 million a few months later. Here's a video tour of his former home:

In 2019 he listed a 138-acre undeveloped parcel down the road from the above mansion for $7.6 million. After trying to sell the parcels separately, he removed the listing in February 2020 and appears to still be the owner as of this writing.

In 2009 Kurt paid $2.8 million for a three-bedroom penthouse condo in Virginia Beach, Va. In 2019 he sold the unit at a major loss. The final sales price was reportedly just $920 thousand.

Kurt continues to own an undeveloped oceanfront plot of land in Virginia Beach, Virginia. He tried to sell this property in 2016 an 2017 for $1.5 million. He is still the owner today. 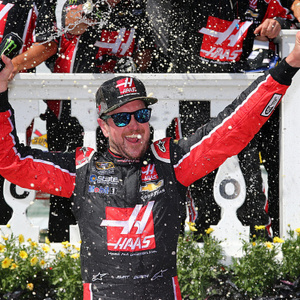