Kevin was born on December 8, 1975 in Bakersfield, California. He made his debut in 1995 at the Mesa Marin Raceway in his hometown of Bakersfield, California. Of his 30 NASCAR Sprint Cup Series victories, he has won such crown-jewel events as the Daytona 500, Coca-Cola 600, Southern 500 and the Brickyard 400 and has proven himself as an elite driver in NASCAR's elite series.

Harvick's philanthropic efforts include a foundation, the Kevin Harvick Foundation, to support programs which enrich the lives of children in the United States. The programs are designed to help underprivileged children realize their dreams. Harvick himself was inspired to chase his own dream when his parents gave him a go-kart at the age of 5 as a kindergarten graduation gift. The veteran driver hasn't wavered in his drive and ambition and has built an impressive resume that includes more than 75 wins across NASCAR's top-three series (Sprint Cup, Nationwide and Camping World Truck). Harvick married DeLana Linville on February 28, 2001 in Las Vegas, Nevada and they had son Keelan Paul in 2012. DeLana's father is former NASCAR Nationwide series driver John Paul Linville.

Career Earnings: Between June 2018 and June 2019, Kevin earned $13 million. The vast majority of those earnings, roughly $13 million, came from winnings with the rest being endorsements. That was enough to make him the 4th highest-paid driver in NASCAR. 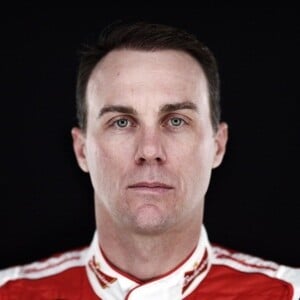