Kenny Roberts won two a.m.A. Grand National Championships. He won the AMA Grand Slam and only three other riders in the American Motorcyclist Association history have done so. Roberts was an advocate for increasing safety standards and also worked as a chassis and motorcycle engine constructor. He adopted a dirt track based style which changed the sport. He was named as a Grand Prix Legend in 2000 by the FIM. Kenny Roberts was inducted into the Motorsports Hall of Fame of America in 1990, the International Motorsports Hall of Fame in 1992, and the AMA Motorcycle Hall of Fame in 1998. 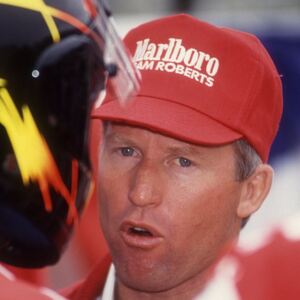