Ken Roczen net worth: Ken Roczen is a German professional motocross and supercross racer who has a net worth of $4 million. Ken Roczen was born in Mattstedt, Germany in April 1994. He competes in the AMA Professional Motocross and Supercross series for Honda HRC. Roczen has been a rider of bikes #94 and #1. He is an MX2-class Motocross World Champion as well as the Motocross des Nations winner. Ken Roczen has also been the 250-class west coast Supercross champion, the 450-class Monster Energy cup winner, and has twice been a 450-class US Motocross champion. Ken Roczen captured the Junior World Championship 85ccm back in 2007. In 2009 and 2010 he won the German ADAC MX Masters Championships. Roczen won the Motocross World Championship MX2 in 2011 and took 1st place at Motocross des Nations in Lommel in 2012. In 2013 he was the AMA Supercross West Coast Champion 250SX and in 2014 he was the AMA Motocross Champion 450 class. He was the Monster Energy Cup winner in 2015 and again was the AMA Motocross Champion 450 class in 2016. 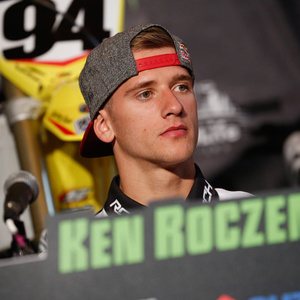