Ken Miles net worth: Ken Miles was a British sports car racing engineer and driver who had a net worth of $100 thousand at the time of his death in 1966 (adjusted for inflation). He is perhaps best known for being played by Christian Bale in the movie Ford v Ferrari.

Ken Miles was born in Sutton Coldfield, Warwickshire, England in November 1918 and passed away in August 1966. He served as a Staff Sergeant in the British Army. Miles won the USAC Road Racing Championship in 1961 driving a Porsche 718 RS 61. He won the 24 Hours of Daytona in 1966 for the Shelby American Inc. team with Lloyd Ruby. Ken Miles won three 12 Hours of Sebring races in 1963 in an AC Cobra, 1965 in a Ford GT40, and 1966 in a Ford GT-X1. He was known for being a British driver competing with American teams. Miles was inducted into the Motorsports Hall of Fame in America in 2001. His son Peter is the executive administrator of a vintage car collection worth more than $80 million. Ken Miles passed away on August 17, 1966 at 47 years old in a racing accident. 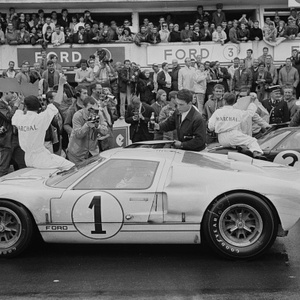