Juan Pablo Montoya Net Worth: Juan Pablo Montoya is a Colombian professional race car driver known for being one of the few drivers to have participated in NASCAR, Formula One, CART, and IRL. Juan Pablo Montoya has a net worth of $35 million dollars. Juan Pablo Montoya was born on September 20, 1975 in Bogota, Colombia where he was taught the techniques of karting from an early age by his father Pablo, an architect and motorsport enthusiast. Montoya moved to the Colombian Formula Renault Series in 1992, while racing there he won four of eight races and had five poles. The same year he also participated in the U.S. Skip Barber driving school, and was hailed by driving instructors as being one of the best pupils to ever come through their school. The highlights of his career include winning the International F3000 championship in 1998, and the CART FedEx Championship Series in 1999. He is the only driver to have won the premier North American open-wheel CART title, the Indianapolis 500 and the 24 Hours of Daytona, all at the first attempt. Montoya is one of two drivers to have won the CART title in his rookie year. Montoya is currently one of only two active drivers who has won two legs of the Triple Crown of Motorsport. Montoya has also become a crossover race winner by winning races (starting in each case in his rookie year) in Formula One, CART, IndyCar, Grand-Am and NASCAR. 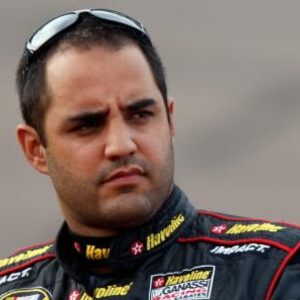