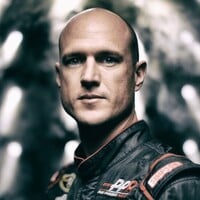 Josh Wise net worth: Josh Wise is an American professional stock car racing driver who has a net worth of $6 million. Josh Wise was born in Riverside, California in February 1983. He currently races part-time in the NASCAR Sprint Cup Series where he drives the #32 Ford Fusion for Go FAS Racing. Wise has won the 1999 USAC ¾ Midget Division Championship, the 2005 USAC National Midget Series Championship, and the 2006 USAC Sprint Car Series Championships. He was named the 2015 NASCAR Sprint All-Star Race Fan Vote Winner. Wise has competed in more than 125 NASCAR Sprint Cup Series races and has one top ten finish. He has more than 140 NASCAR Xfinity Series races and has six top ten finishes. Wise also has two top ten finishes in the NASCAR Camping World Truck Series.