Van Vugt holds many Guinness World Records and has starred in many motocross and stunt videos. She also stars on the MTV television series Nitro Circus. In 2003 Jolene van Vugt became the CMRC Ladies Ontario Provincial Champion and she would repeat the feat in 2004 when she was also the CMX Ladies Canadian National Champion. In 2005 she became the first woman to backflip a full sized dirt bike from a ramp to dirt. She won the CMRC Women's Canadian National Championship again in 2006 and set a female backflip distance record for 60 feet. In 2007 Van Vugt became the first female to backflip a dirt bike into the Grand Canyon. In 2008 she set Guinness World Records for first female to backflip a dirt bike and for longest female backflip. In September 2015 she was seriously injured requiring reconstructive surgeries to her face and an extensive recovery period. 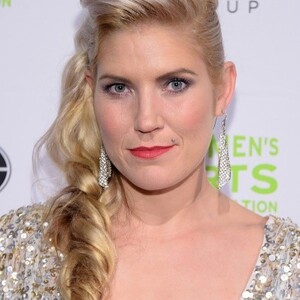