What is John Force's Net Worth?

John Force is an American drag racer, Funny Car driver, and car owner who has a net worth of $20 million dollars. John Force has won the National Hot Rod Association (NHRA) championship 16 times as a driver and 21 times as a car owner. He owns and drives for John Force Racing. His three daughters Ashley, Brittany, and Courtney are all drag racers, and his oldest daughter Adria is CFO of John Force Racing. John has earned the nickname "Brute Force", partly for his domination in winning ten straight NHRA championships. His family is known as "The First Family of Drag Racing." He and his family were featured in the A&E reality TV show Driving Force in 2006-2007.

Force was born on May 4, 1949 in Bell Gardens, California to parents Harold and Betty Ruth Force. He had a challenging childhood as he moved between migrant farms and trailer parks and then contracted polio, which he ultimately survived. He was one of six children and he played football in high school before attending Cerritos College. His interest in racing began at an early age and by age 21, he had already begun racing.

In 1971, Force drove his first funny car, the Jack Chrisman-built Night Stalker Mustang. He also raced a variety of other careers throughout the beginning of his career including a Corvette, a Monza, and an Oldsmobile Cutlass. He stuck with the Cutlass from the 1980s until the end of the 1993 season. He later switched to Ford for a long period of time but ultimately returned to Chevrolet. 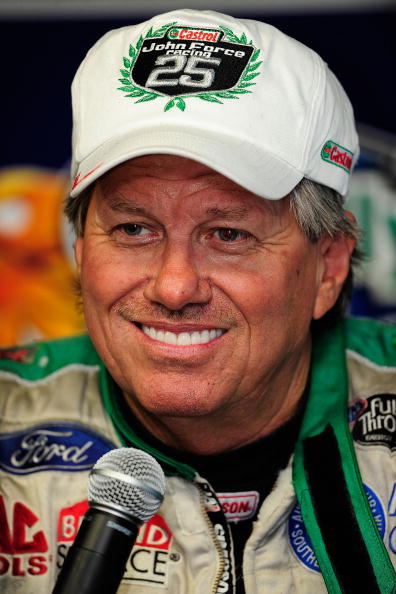 Force was an extremely successful driver between 1987 and 1996, during which time he won sixty-seven of the total 203 NHRA events. His success continued into the mid and late 1990s, as he dominated the field and won a total of ten NHRA championship events from 1993 to 2002, including six straight from 1997 to 2002.

During this time, he also started building a racing team. The younger brother, Tony Pedregon, of his arch-rival Cruz Pedregon, drove his second car and fellow racer and friend, Gary Densham, drove a third car. In 2003, Force didn't win a title for the first time since 1992. However, the timing worked out as teammate Pedregon wone his first world title. Force returned to the top in 2004 when he won a thirteenth world title.

In 2005, Force won five events but finished third overall in the championship standings. The following year, in 2006, he won his 14th NHRA World Funny Car Championship. The next year started off poorly as he had a crash in Ennis, Texas at the beginning of the year. However he was able to recover and came back to win the O'Reilly NHRA Thunder Valley Nationals. In September of 2007, Force was injured in a crash and Phil Burkart Jr. had to replace him for the rest of the 2007 season. Force's domination started to decline in the late 2000s, as he finished seventh overall in 2008 and ninth in 2009. However his daughter, Ashley, finished second overall. 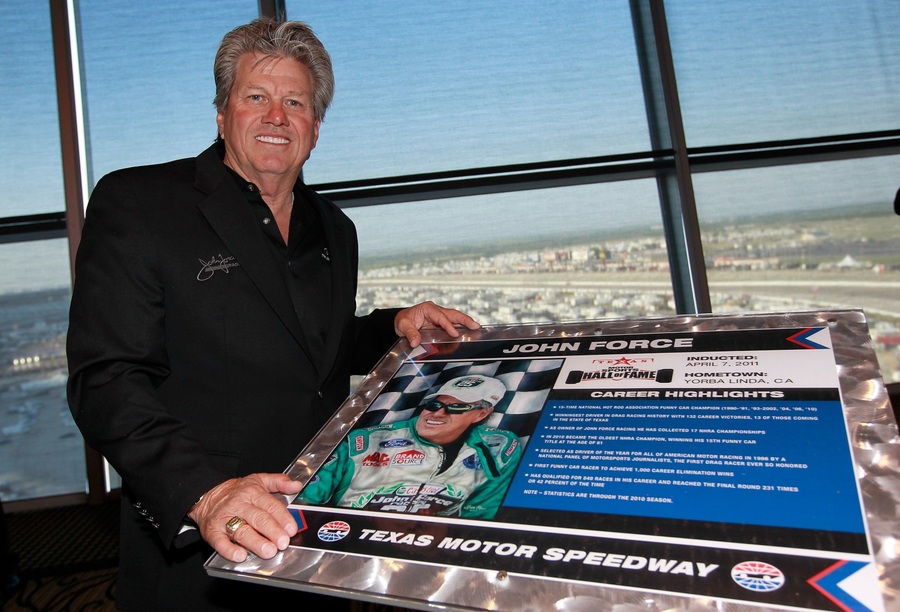 In 2010, Force celebrated 25 years with the same sponsor and 34 years in the NHRA. He started off the season on a positive note, winning the season opener at Auto Club Raceway at Pomona. While he continued racing throughout the 2010s, his wins became more infrequent though he is still considered an icon in the sport and a tough competitor. Racing has also truly become a family affair, as all three of his daughters have been involved and have won races. In 2019, Force won his 150th race at the Magic Dry Organic Absorbent NHRA Northwest Nationals. The year was very positive for him, as he then won the U.S. Nationals.

Force has a wife, Laurie, and three children named Ashley, Courtney, and Brittany. The family appeared in the A&E reality show, "Driving Force." In 2008, Force was inducted into the Motorsports Hall of Fame of America. 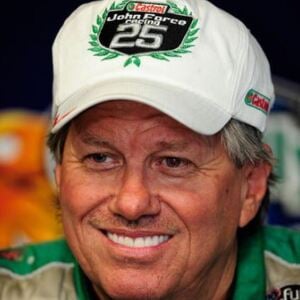