What is Jimmie Johnson's Net Worth?

Jimmie Johnson is a professional auto racing driver who competes in the NTT IndyCar Series. Before this, from 2002 to 2020, he competed in the NASCAR Cup Series, winning a record-tying seven championships. Additionally, Johnson is a two-time winner of the Daytona 500.

During his career Jimmie has earned over $150 million in career winnings alone. That does not count endorsements which bring in another $10 million per year. Between June 2018 and June 2019, Jimmie earned $18 million. That was enough to make him the highest-paid NASCAR driver in the world. Outside of racing money, Jimmie owns a percentage of a Chevy dealership in San Diego that carries his name.

Jimmie Johnson was born in 1975 in El Cajon, California to Catherine and Gary. He has two younger brothers named Jarit and Jessie. At the age of four, Johnson began racing motorcycles, and at seven, won the 60cc class championship. As a teen, he went to Granite Hills High School, where he was a varsity diver, swimmer, and water polo player. Following his graduation, Johnson went on to compete in off-road racing series, including Mickey Thompson Entertainment Group, SCORE International, and Short-course Off-road Drivers Association. In each of these series, he won Rookie of the Year. Subsequently, Johnson drove for Herzog Motorsports, with which he began stock car racing in the late 90s. He went on to compete in the American Speed Association, and took home another Rookie of the Year honor in 1998. The same year, he made his NASCAR Busch Series debut at Indianapolis Raceway Park.

In 2001, Johnson joined Hendrick Motorsports for a four-race schedule, and made his debut in the Winston Cup Series. The following year, he made his formal move to Hendrick.

Johnson started to race full-time in the Winston Cup Series in 2002. His first career pole position came in the Daytona 500; later, in his 13th career start, he recorded his first win in the NAPA Auto Parts 500. Johnson ultimately finished fifth in points in his first full season. He did even better in 2003, coming in second just behind Matt Kenseth. The following season, Johnson swept the Pocono races and again came in second in the point standings. In 2004, he won the Coca-Cola 600 and had a good chance of winning the championship. However, a crash in the season finale at Homestead-Miami Speedway led to him finishing fifth in points. 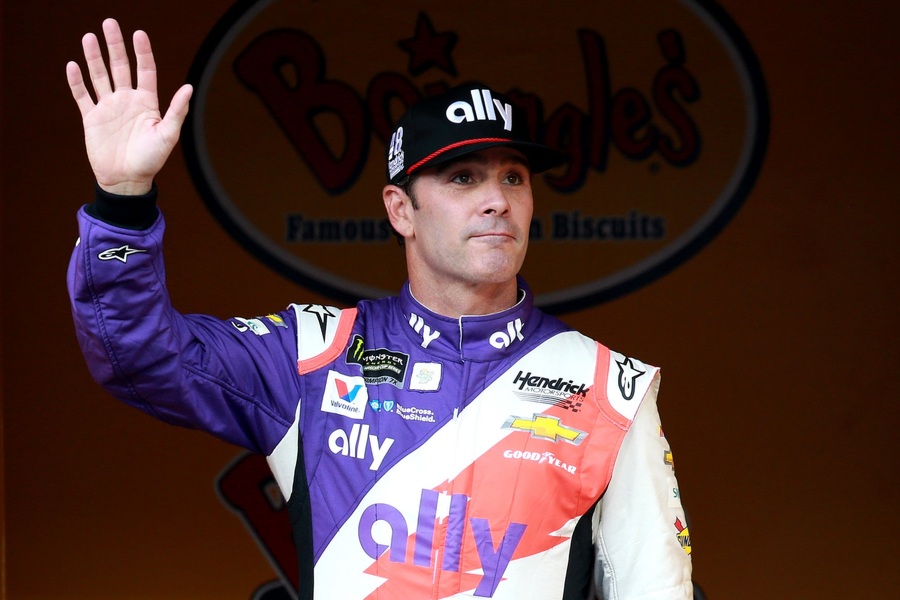 In 2011, Johnson's winning streak ended with a sixth-place points finish and only two wins during the season. He fared better the next year, notching multiple wins and top-ten finishes for a third-place finish in the points. Johnson returned to championship form in 2013, recording six wins, three poles, and 24 top-ten finishes to win his sixth NASCAR Cup championship title. Following rocky seasons in 2014 and 2015, Johnson came roaring back in 2016 to win his seventh championship. With the victory, he tied Richard Petty and Dale Earnhardt for the most championship wins in NASCAR Cup history.

Johnson's final NASCAR racing years were beset with difficulties. In 2017, he experienced a major slump over the summer, and finished 10th in the standings. The next season, he suffered a number of wrecks and finished at a career-low 14th in points. After ending his 17-year partnership with crew chief Knaus, Johnson went into the 2019 season paired with Kevin Meendering. He started the season well, but a series of disappointments caused him to miss the playoffs cut for the first time in his NASCAR career. Johnson ended up finishing at a career-low 18th in the final standings. In his final season in 2020, he recorded only ten top-ten finishes, another career low. Despite the disappointing end to his NASCAR career, Johnson's 83 overall victories make him the winningest active driver in the series.

In 2021, Johnson joined Chip Ganassi Racing on a part-time basis to drive on the IndyCar circuit. However, he struggled throughout the year, often running behind in the field while experiencing accidents and spins.

Due to his popularity, Johnson has made various appearances on film and television. In 2005, he made a cameo as himself in the sports comedy "Herbie: Fully Loaded." The same year, he guest-starred in an episode of the NBC series "Las Vegas." In 2013, Johnson co-hosted ESPN's "SportsCenter," becoming the first professional athlete to do so. Among his other television credits are the children's animated shows "Bubble Guppies" and "Blaze and the Monster Machines," for both of which he did voice-over work.

With his wife Chandra Janway, Johnson has two daughters named Lydia and Genevieve. The family resides in Charlotte, North Carolina. Beyond race car driving, Johnson is a runner and triathlete, having frequently participated in both long-distance running events and triathlons. In 2019, he competed in the Boston Marathon.

In 2006, Johnson and his wife Chandra established the Jimmie Johnson Foundation, which strives to help children, families, and communities in need. The Foundation supports a number of charitable organizations, including Make-A-Wish Foundation, Victory Junction, and Habitat for Humanity. It also holds an annual golf tournament in San Diego that raises money for public education. 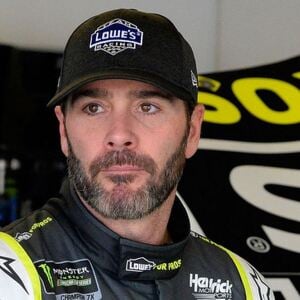