Jeremy Mayfield net worth: Jeremy Mayfield is a former NASCAR driver who has a net worth of $100 thousand. Born on May 27th 1969, in Owensboro Kentucky, Jeremy Mayfield first started racing go-karts at local short tracks and then moved to Nashville Speedway USA at the age of 19. In 1987, he became a driver for Sadler Bros.

Racing and won the Late Model Rookie of the Year at Kentucky Motor Speedway. In 1993, he joined the ARCA series, and was named Rookie of the Year. The same year, he also made his Cup debut at the Mello Yello 500, where he started 30th and finished 29th in the #95 Earl Sadler-owned Mac Tools Ford Thunderbird. 1998 saw the culmination of Mayfield's career with Penske-Kranefuss Racing. That year he finished seventh in the Cup point standings with 12 top-five and 16 top-10 finishes. Mayfield was not able to replicate his success in 1999, and in 2000, he only won four poles and two races. His performance continued to fall off in 2001, when he had two consecutive third-place finishes. In 2002, he signed to Evernham Motorsports and that season he had just four top-tens and finished 26th in points. He performed better in 2003, winning the pole at the Aaron's 499 and posting 12 top-tens, thus finishing 19th in points. While in 2004, he made the inaugural "Chase for the Nextel Cup" in the last qualifying race with a victory at Richmond. The following year, Mayfield made the "Chase" again, finishing 9th in the final standings. 2006 marked his release by Evernham Motorsports, but few weeks later he was announced as the driver of the No. 36 OTC Toyota for Bill Davis Racing, starting in 2007. For Bill Davis Racing he ran a total of 13 races, his best finish being 22nd at Kansas Speedway. Mayfield last competed in 2009 for his own team, Mayfield Motorsports. Then he was suspended indefinitely as both owner and driver by NASCAR, due to his positive test for methamphetamine. 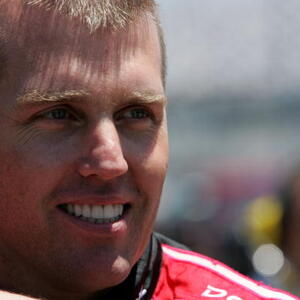