What is Jenson Button's net worth and salary?

Jenson Button is a British Formula One driver who has a net worth of $150 million dollars. He began competing in Formula One in 2000. He has driven for Williams, Benetton, Renault, BAR, Honda, Brawn GP and McLaren. He drove for McLaren from 2010 to 2017 when he retired from Formula One.

Jenson Button was born January 19, 1980 in Frome, Somerset, England. Button began kart racing at the age of eight and achieved early success before progressing to car racing in the British Formula Ford Championship and the British Formula Three Championship. He first drove in Formula One with Williams F1 for the 2000 season. The following year he switched to Benetton, which in 2002 became Renault, and for the 2003 season he moved to BAR. In 2004, he finished 3rd in the World Drivers' Championship. In the 2006 season, Button won his first Grand Prix in Hungary, after 113 races. In 2009, Button won the World Drivers' Championship at the Brazilian Grand Prix, a success which helped Brawn GP secure the World Constructors' Championship.

In 2010, he moved to McLaren, partnering with fellow British racer and former World Champion Lewis Hamilton. After finishing fifth for the team in 2010, Button went on to finish the 2011 season as runner-up. In 2012, he took his 1st pole for McLaren in Belgium. Button won 15 out of the 258 races he started, with a total of 50 podium finishes. Button was named one of the Men of the Year in both 2009 and 2011 by Top Gear. His final Formula One race was the 2017 Monaco Grand Prix. Out of 306 race starts, Jenson won 15 and had 50 podium finishes.

Button was known for having a very smooth driving style, his steering and throttle movements in particular tending to be graceful and beautifully coordinated. These attributes lent themselves toward helping him perform well in tricky conditions, such as during his maiden win in the 2006 Hungarian Grand Prix. Many believe his smooth style helps him better conserve his tires under race conditions. However, his smooth style can also mean he struggles to generate the necessary tire temperature on cool days or undemanding tracks. Coupled with his driving style, Button demonstrates intelligent race decisions time and again. 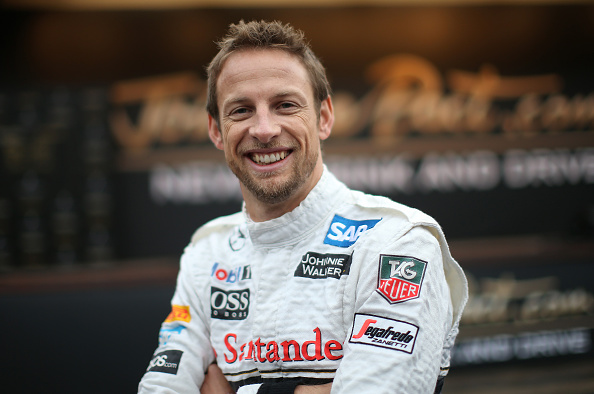 What was Jenson Button's salary per year with McLaren? $16.5 million.

In 2017 Jenson paid $6.1 million for a home in LA's Brentwood neighborhood. He sold his home two years later for a slight profit.

In May 2020 Jenson paid a but under $1 million for a home in Palm Springs, California. After a major renovation he flipped it early 2022 for $3.55 million.

In March 2022 Jenson paid $5.8 million for a home in Santa Monica, California. 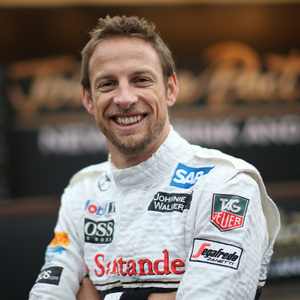