What is Jeff Gordon's net worth and Salary?

Jeff Gordon is an American former professional NASCAR racing driver, currently an announcer for Fox NASCAR, and a top executive for Hendrick Motorsport. As of this writing, Jeff Gordon's net worth is $200 million dollars. He is one of the highest-paid NASCAR drivers of all time, having earned over $500 million in winnings and endorsements.

Jeff Gordon was born on August 4, 1971,  in Vallejo, California to parents Carol Ann and William. He has an older sister named Kim. Gordon's mother and father divorced when he was six months old. His mother remarried in the 1970s to a man named John Bickford. Gordon started racing his BMX bike he received from his stepfather when he was five years old. By the time he was the ripe old age of six, he had won 35 main events and set five track records. In 1979, when he was eight, he won 51 races. When he was 11, he won all 25 races he entered. Then he got bored with that and took up waterskiing. That only lasted a year and in 1986, he started racing sprint cars and won three races. Gordon graduated from Tri-West Hendricks High School in Indiana in 1989. He was on the high school cross country team.

Jeff won the Winston Cup (now Sprint Cup) Championship in 1995, 1997, 1998, and 2001. In the NASCAR Sprint Cup Series, Jeff has over 90 wins and more than 445 top tens. In the Nationwide Series, he has more than five wins with 32 top-ten finishes. Gordon got his start in professional racing in the Busche Series. He started full time racing in the 1993 NASCAR Winston Cup Series. He won the Daytona 500 in 1997, 1999, and 2005. His 93 career wins land him at third on the all-time Winston Cup wins list, which is the most in NASCAR's modern era from 1972 to the present. His 81 pole positions make him the leader of all active drivers. He holds a NASCAR record with at least one pole position in 23 consecutive seasons. He is considered to be one of the best NASCAR drivers of all time by a number of outlets and fans of the sport.

Jeff endorses Gillette, Pepsi, DuPont, Sunoco, and many other brands. Jeff also has an equity stake in his racing team and is the first driver ever to earn over $100 million in earnings from the Cup series. Gordon announced that 2015 would be his last season as a full-time driver although he did not rule out retiring from the sport altogether. He served as a substitute driver for Dale Earnhardt Jr. in 2016. In 2017 he was the overall winner at the 2017 Rolex 24 at Daytona. 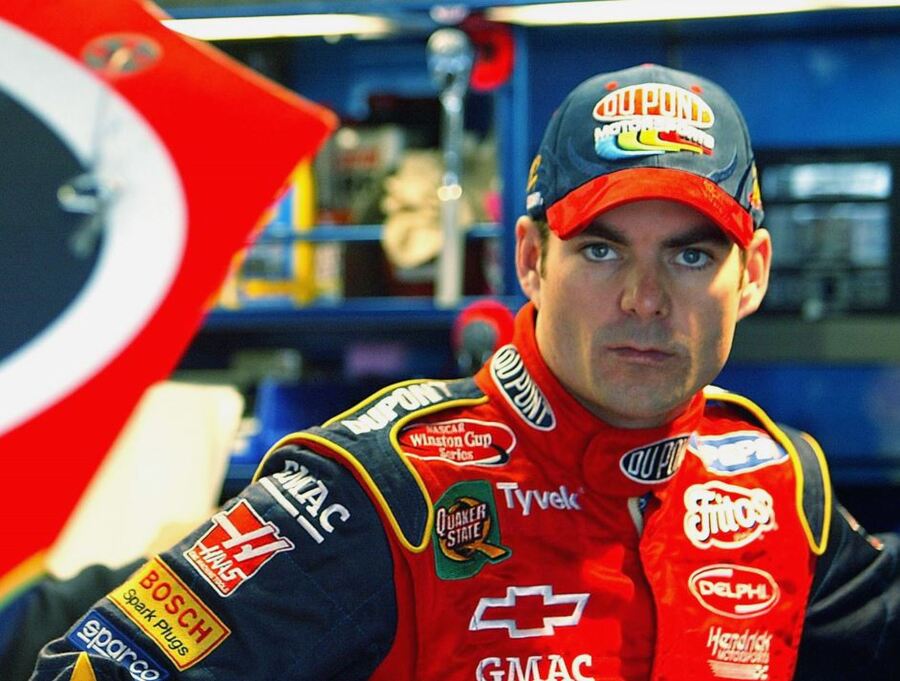 In 1993 Gorden met Brooke Sealey, a Miss Winston Cup model at the Daytona Speedway after he won two qualifying races for the Daytona 500 that year. They had to date secretly because there are rules in NASCAR against drivers dating the models. Sealey finished her reign as Miss Winston Cup at the end of the 1993 season. The couple then went public with their relationship. A year to the day from their meeting, Gordon proposed to her. They married on November 26, 1994. About five and a half years later, Sealey filed for divorce and alleged that Gordon had taken place in marital misconduct, specifically his relationship with another model named Deanna Merryman. Gordon and Sealey's divorce was final in June 2003.

In 2004, he started dating Ingrid Vandebosch. They got engaged in June 2006 and married in a private ceremony in Mexico on November 7, 2006. Vandebosch gave birth to their first child, a daughter named Ella Sofia in June 2007.  In August 2010, she had the couple's son, Leo Benjamin.

Gordon is a born again Christian. He keeps Bible verses taped to the steering wheel of his race car.

Gordon is a major philanthropist. He set up the Jeff Gordon Children's Foundation in 1999. The foundation is a pediatric cancer foundation benefiting families and kids with cancer. In December 2006, he opened the Jeff Gordon Children's Hospital in Concord, North Carolina. Gordon also was instrumental in the founding of Athletes For Hope, a charitable organization founded by a number of professional athletes including Andre Agassi, Cal Ripken Jr, and Tony Hawk to help pro athletes get involved in charitable causes.

Jeff Gordon earns an estimated $20 – $30 million every year from salary and endorsements. Of that income, roughly $20 million comes from endorsements. During his career to date, Jeff Gordon has earned over $160 million in on-track winnings. His total career earnings all-sources included tops $520 million.

Gordon's net worth is probably lower than many of his fans might expect. This can be attributed to Jeff's divorce from ex-wife Brooke Gordon. As a settlement, Jeff reportedly paid Brooke over $100 million worth of cash, property, and assets. Brooke was given exclusive rights to the couple's oceanfront home which is valued at $9 million. She will also receive alimony and has unlimited access to Jeff's private jets and boats for many years to come.

Jeff Gordon, his wife, and kids live in the South Park neighborhood of Charlotte, North Carolina. The home features a billiards room, a bar, a wine cellar, and a pool. There's even a nearly life-sized playhouse for Gordon's daughter. 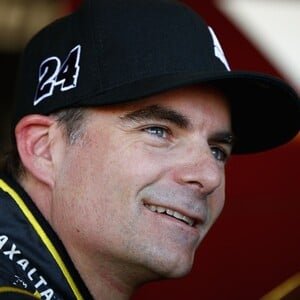