How much is Jeff Burton Worth?

Jeff Burton net worth and career earnings: Jeff Burton is a NASCAR racing car driver who has a net worth of $55 million. Jeff Burton gained his net worth as one of the notable team members of Richard Childress Racing, winning 21 cup series in his career. Before becoming a driver for Richard Childress, Burton won his first race, the Winston Cup Series in 1993, which led him to take the NASCAR Rookie of the Year title the following year. He went on win the Interstate Batteries 500 at Texas Motor Speedway and won the Jiffy Lube 300 (three years in a row), The Coca Cola 600 and 50th Annual Southern 500. Signing a three-year contact with Richard Childress in 2004, Burton went on to take four pole positions (in 2006) at Daytona 500, USG Sheetrock 400, Brickyard 400 and GFS Marketplace 400. In 2008, Burton continued with multiple victories, winning the Food City 500 and Bank of America 500. However his performance declined in 2010 and 2011, after failing to win a race. During his 20 year career, Burton has 21 wins, 248 top ten and six poles. Throughout his career, his has received sponsorship from reputable brands including SKF, CITGO PdVSA and Caterpillar. 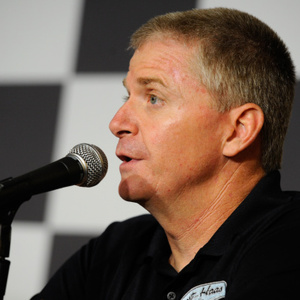