Jamie McMurray net worth: Jamie McMurray is an American race care driver who has a net worth of $25 million dollars. Born in Joplin, Missouri on June 3, 1976, McMurray is best known for being one of three drivers to win the NASCAR Daytona 500 and Brickyard 400 in the same year. He races the No. 1 Chevrolet SS in the Sprint Cup Series for Chip Ganassi Racing.

In the Sprint Cup Series, McMurray has competed in 415 races over a span of thirteen years. His best finish was in eleventh place in 2004, and his first win was the 2002 UAW-GM Quality 500 in 2002 in Charlotte. He has seven wins from the series, followed by 111 Top Tens and nine poles. In the NASCAR Nationwide Series, he has competed in 187 races over thirteen years. His best finish was in sixth place, and his first win was in 2002 at Aaron's 312 in Atlanta. He has eight wins, 68 Top Tens, and three poles from the Nationwide Series. He began racing go-karts when he was a kid and still competes in kart races via the World Karting Association. He is married to Christy Futrell and has two children named Carter and Hazel. 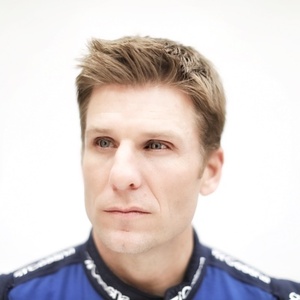