James May Net Worth

What is James May's Net Worth?

James May is a British journalist and television presenter who has a net worth of $40 million. May is best known for being a presenter on the television series "Top Gear" with Jeremy Clarkson and Richard Hammond, which he starred on in 1999 and again from 2003 to 2015. He has also presented several other TV series, such as "James May's Top Toys" (2005), "Oz and James's Big Wine Adventure" (2006–2007), "James May's Big Ideas" (2008), and "James May's Toy Stories" (2009–2014). He also wrote a daily column for the motoring section of "The Daily Telegraph" and has published more than 15 books, including "May on Motors: On the Road with James May" (2006), "James May's Car Fever" (2009), "James May's Man Lab: The Book of Usefulness" (2011), and "James May: Oh Cook!" (2020). In 2016, James began hosting the Amazon television series "The Grand Tour" and became a director for the production company W. Chump & Sons. May was nominated for a Royal Television Society Award for Best Presenter for "Top Gear" in 2007, and he won an International Motor Film Award for Best Journalism Film for "Motown Funk" in 2019.

James May was born James Daniel May on January 16, 1963, in Bristol, England. He grew up with mother Kathleen, father James (an aluminum factory manager), a brother, and two sisters. May studied at Newport's Caerleon Endowed Junior School and Rotherham's Oakwood Comprehensive School, and he was a member of the choir at Whiston Parish Church. James later enrolled at Lancaster University's Pendle College to study music, and he learned to play the piano and flute there. After graduation, he took a job as a records officer at a hospital in Chelsea. In 2010, Lancaster University awarded him an honorary doctorate.

May began working for "The Engineer" and "Autocar" magazine as a sub-editor in the early 1980s, and he was fired from "Autocar" in 1992 for putting a hidden message in the "Road Test Yearbook" supplement that spelled out "So you think it's really good, yeah? You should try making the bloody thing up; it's a real pain in the arse." He has written for many other publications as well, such as "Top Gear" magazine and "Car Magazine," and in 2006, he published a collection of his articles, "May on Motors." That year he also co-wrote the book "Oz and James's Big Wine Adventure" with Oz Clarke; the two released another book, "Oz and James Drink to Britain," in 2009. James has published several books based on his television projects, including "James May's 20th Century" (2007) and "James May's Toy Stories" (2009). 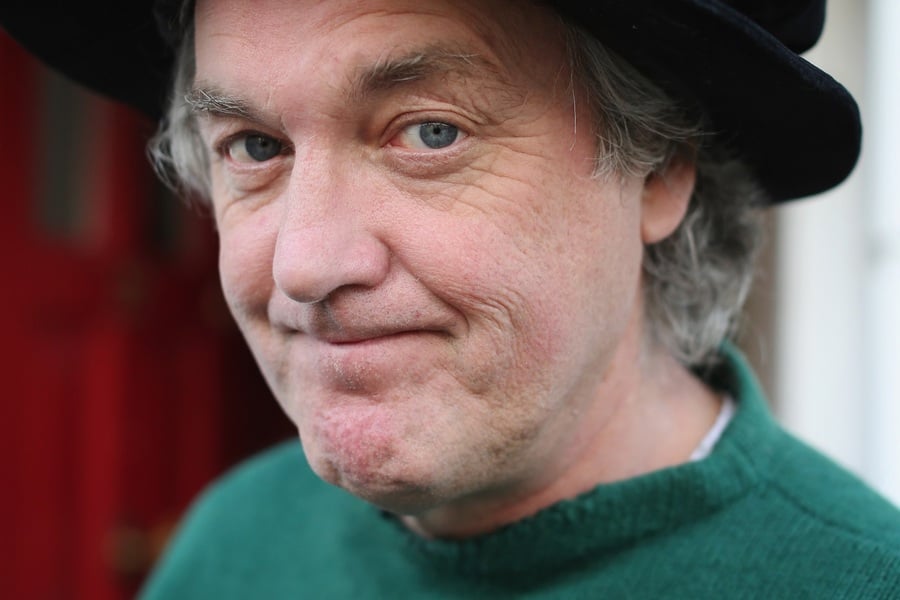 James has been in a relationship with art critic Sarah Frater since 2000, and they live together in Hammersmith, West London. In 2020, the couple decided to take a week-long trip to a health clinic in Germany, and May was placed on a liver detox. He later said of the experience, "After two days, I had a belting headache and could hardly see anymore. I was faint and trembling with hunger and I went to them, 'This is ridiculous. I'm on holiday and you've made me ill. You're going to have to give me some food.'" In 2014, James was a signatory on a letter to "The Guardian" newspaper that expressed support for the idea of Scotland voting against independence from the U.K.

In 2020, May became half-owner of The Royal Oak pub in Swallowcliffe Wiltshire, which has been around since the early 18th century. James earned his light aircraft pilot's licence in 2006 after training at White Waltham Airfield, and he has owned a Cessna A185E Skywagon, Luscombe 8A 'Silvaire,' and American Champion 8KCAB Super Decathlon. May is a luxury car collector who has owned several expensive automobiles, including a Bentley T2, 2005 Saab 9-5 Aero, Rolls-Royce Phantom, Rover P6, Triumph 2000, Alfa Romeo 164, 1984 Porsche 911, 2014 Ferrari 458 Speciale, Porsche 911 Carerra S Facelift, Ferrari F30, and Fiat Panda.