Stewart entered his first motocross race when he was four years old. Stewart won 84 amateur national titles all before the age of 16 and turned pro in 2000. Stewart competes in supercross and is known for being the first African-American to have success at the very top level of any major motorsports association. He dominated the 2002 125cc national championship and was named the 2002 AMA Rookie of the Year. He was also named one of "20 Teens Who Will Change the World" in the April 2003 issue of "Teen People" magazine. In 2004 he won both the 125 East Supercross title and the 125 Outdoor national title. In 2005 Stewart moved up to the premier 450cc class for both the Supercross series and the Outdoor National Motocross series. On April 2, 2005, at Texas Stadium (in only his 3rd race), Stewart captured his very first Supercross victory. He would go on to record many more victories in 2005 and 2006, and he eventually won the 2007 Supercross Championship. On March 10, 2012 Stewart claimed his 44th Supercross win by taking 1st place at Daytona International Speedway. 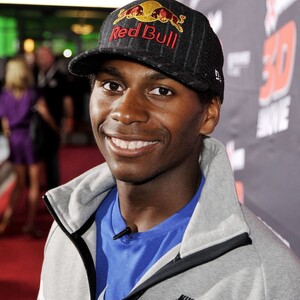