Jaime Alguersuari Net Worth: Jaime Alguersuari is a Spanish professional race car driver who has a net worth of $30 million dollars. Born in 1990 in Barcelona, Spain, Jaime Alguersuari has been a Formula One World championship driver since 2009. He got his start at the 2009 Hungarian Grand Prix, which made him the youngest driver ever to start in a Grand Prix. At 19 years old, Alguersuari became the first person born in the '90s to appear in a Formula One Race. Before that, he won the Italian Formula Renault Winter Series in 2006 and claimed the 2008 British Formula Three Championship title. In 2009, he drove with the Formula Renault 3.5 Series before moving up to Formula One. At the end of 2011, he was replaced by Toro Rosso. His final Formula One race came in the 2011 Brazilian Grand Prix. Alguersuari appeared in 46 races during his Formula One career with 31 career points. A year later, he took a job as an expert analyst with BBC Radio 5 Live to discuss the 2012 Formula One competitions. In 2014, Alguersuari announced his intentions to drive with Virgin Racing. Outside of driving, he is an accomplished DJ who goes by name the Squire. He owns his own record studio in his hometown and released his debut album in 2011. 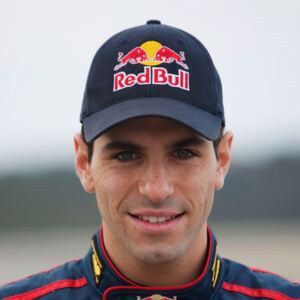