He was born Jacques Joseph Charles Villeneuve on April 9, 1971, in the province of Quebec. The son of Formula One driver Gilles Villeneuve, Jacques's need for speed was in his blood and it's no surprise that he followed in his father's footsteps. Jacques had his first on-track experience in a 100cc kart at age 13 in Monaco, the place known for its prestigious annual Grand Prix. To feed his passion and hone his skills, Villeneuve enrolled at proper racing schools. Jacques's success story started in 1995 when he won the CART Championship, and the Indianapolis 500 that year. While two years later, he turned out a winner of the 1997 Formula One World Championship, earning a place alongside Mario Andretti and Emerson Fittipaldi as the only drivers ever to win all three. In the interim, he had also entered Formula One and made a stunning debut, as a member of Williams team, next to skilled driver Damon Hill. But it was his seven victories in 1997 that ensured him a place in Formula One folklore. Once he reached his career peak, his performances continuously dropped post 1998. But thanks to being outspoken and carrying strong opinions, Villeneuve continued to collect a champion's salary. In 2006, he was asked by his team BMW to let his younger team mate drive the car. This made Villeneuve realize it was time to retire from the sport. Today, Villeneuve is dedicated to building on his talent for singing and songwriting. He has released one album entitled Private Paradise so far. 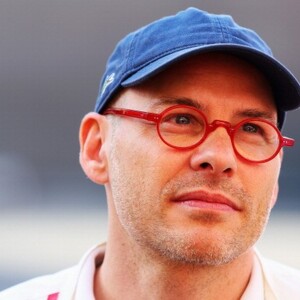