Jacky Ickx Net Worth: Jacky Ickx is a Belgian former professional race car driver who has a net worth of $30 million. Born in 1945 in Brussels, Belgium, Jacky Ickx began racing as a pro in 1967. He made his racing debut in the 1966 German Grand Prix and won his first at the 1968 French Grand Prix.

He appeared in 122 races with 116 starts, winning eight times and appearing on 25 podiums. Ickx racked up 181 career points. He participated in the 24 Hours of Le Mans from 1966-1967, 1969-1970, 1973, 1975-1983, and in 1985, winning six times. His 24 Hours of Le Mans teams include Gulf Research Racing, Porsche System, Scuderia Ferrari, John Wyer Automotive, Essex Wire Corporation, and Martini Racing Porsche System. His last win came at the 1972 German Grand Prix, and he retired in 1979 following the United States Grand Prix He raced with several teams in Formula One, including Ferrari, McLaren, Williams, Lotus, Ensign, and Ligier. Ickx was inducted in the International Motorsports Hall of Fame 2002 and won the Honorary Citizen of Le Mans Award. He won the annual 1983 Dakar Rally. He is often featured in the Michael Vaillant comic strip in his home country. Ickx is married to Burundian musician Khadja Nin. 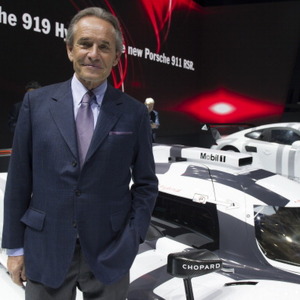