Jackie Stewart net worth: Jackie Stewart is a British former Formula One race car driver who has a net worth of $50 million. Jackie Stewart was born in Milton, West Dunbartonshire, Scotland in June 1939. He earned the nicknamed the "Flying Scot" and competed from 1965 to 1973. Stewart won the World Drivers' Championship in 1969, 1971, and 1973.

He also finished as runner-up twice. Stewart finished his career with 27 wins and 17 pole positions. He first won the 1965 Italian Grand Prix and his last win was the German Grand Prix in 1973. After retiring from the sport he became a color commentator for television broadcasts including the Indianapolis 500, Monaco Grand Prix, and Daytona 500. He hosted ABC's Wide World of Sports and ABC Sports and was a play-by-play announcer for ABC Sports during the Olympics in 1976. Stewart has served as a spokesperson for Rolex, Ford, and Moet.  He served as team principal of the Stewart Grand Prix Formula One racing team from 1997 to 1999. 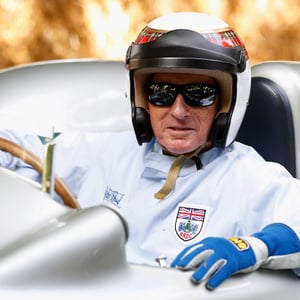