Helio Castroneves net worth: Helio Castroneves is a Brazilian race car driver who has a net worth of $40 million. He is probably best-known as an IndyCar driver and for winning the Indy 500 four times. Additionally, he won the 2021 24 Hours of Daytona, and was runner-up in the IndyCar series drivers' championship for four years. Due to his charismatic personality and celebratory ritual of climbing the track fencing after a victory, Castroneves was one of the most popular drivers in IndyCar.Over a professional career that has spanned two decades, he has earned over $30 million in on-course prizes to date.

Early Life and Career Beginnings: Hélio Castroneves was born in 1975 in São Paulo, Brazil to Hélio Sr., a car dealer, and Sandra, a former school teacher. He has an older sister, Katiucia. In 1977, the family moved to Ribeirão Preto, where Hélio Sr. sought to find business in the ethanol processing industry.

At the age of seven, Castroneves received his first go-kart from race car driver Alfredo Guaraná Menezes. Later, after his father established a karting team, Castroneves won his first trophy at the Karting State Championships. When he was 13, he left his full-time schooling to further pursue karting, and at the age of 14, won the 1989 Brazilian National Go-Kart Championship. In 1990, he forfeited the Championship to fly to Italy to enter the Karting World Cup, where he aimed to better acquaint himself with the more powerful European go-karts. Ultimately, he finished the race in 16th.

Junior Racing: In 1991, Castroneves graduated to the Formula Chevrolet Brazil. Driving a Copral-Berta-Chevrolet, he was the runner-up with one victory and 92 points at the end of the season. Subsequently, he moved to the higher-tier Formula 3 Sudamericana, where he was once again runner-up. The next year, he progressed to the Brazilian Formula Three Championship, finishing second with three victories. Meanwhile, at the Masters of Formula 3, he came in third. In 1996, he won at Circuit Trois-Rivières in France, and in 1997, was Indy Lights championship runner-up to teammate Tony Kanaan.

CART: Castroneves entered Championship Auto Racing Teams, or CART, in 1998. For that season, he signed to drive Bettenhausen Racing's No. 16 Reynard 98i-Mercedes-Benz, and had his first career top-ten finish, coming in ninth at the Grand Prix of Long Beach. For the next season, Castroneves drove for Hogan Racing; he came in ninth in the Firestone Firehawk 500K, and second in the Motorola 300. He achieved his first CART pole position in the Miller Lite 225, and scored four more top-tens throughout the remainder of the season. 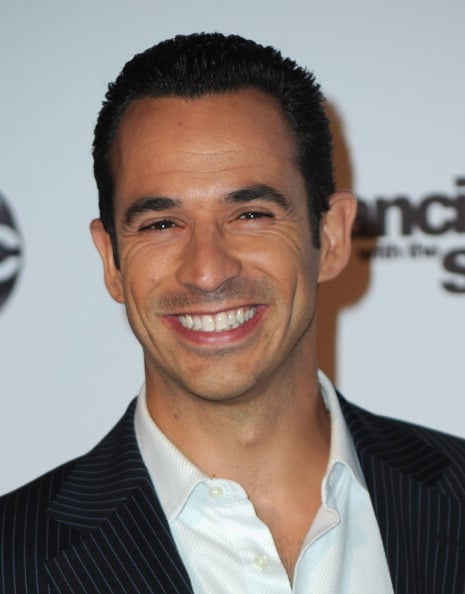 IndyCar: In 2001, Castroneves made his debut in the Indy Racing League. Starting 17th, he retired with engine failure after about ¾ of the race distance. However, he came charging back in his first Indianapolis 500, leading the final 52 laps to win the race. He won the race again the next year, and finished no lower than ninth in the following nine races. For the 2003 season, Castroneves earned two top-threes in Phoenix, Homestead-Miami, and the Indianapolis 500. He took second place at Richmond International Raceway and Kansas Speedway, and won at Nazareth Speedway and Gateway International Raceway. In 2004, he took nine top tens, four pole positions, and won the season-ending race at Texas.

Castroneves finished third in the season in 2006, and was runner-up to Scott Dixon in 2008. Following his acquittal of tax evasion and conspiracy in 2009, he won the Indianapolis 500 for the third time, and took another victory just two races later in the Bombardier Learjet 550. Over the subsequent four seasons, he came in fourth three times. In 2013, Castroneves once again came in second to Dixon, and in 2014, was runner-up to his teammate Will Power. Castroneves took his final series win in 2017, leading 214 laps to victory in the Iowa Corn 300.

Personal Life and Media Appearances: With his partner Adriana Henao, Castroneves has a daughter.

In 2007, Castroneves was encouraged by Olympic speed skater Apolo Ohno to participate on the ABC dance competition series "Dancing with the Stars." Accepted onto the show's fifth season, he was paired with Julianne Hough; the duo ended up winning the competition with a high percentage of the public vote. Castroneves competed on the show again in 2012, this time paired with Chelsie Hightower. However, he was unable to repeat his past success, as he was eliminated in the third week. Other media appearances by Castroneves have included "American Ninja Warrior," "Celebrity Family Feud," and "Celebrity Wife Swap." 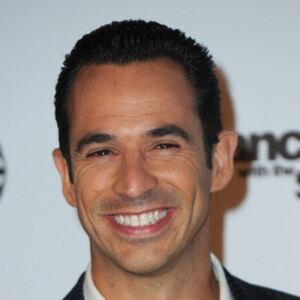