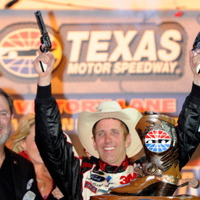 Greg Biffle net worth: Greg Biffle is an American NASCAR driver who has a net worth of $50 million dollars. Greg Biffle was born in Vancouver, Washington and began his career competing in short track racing. He gained widespread notice during the 1995-1996 season, and was subsequently recommended to Jack Roush. He debuted in the NASCAR National division in late 1996, and went on to win the Most Popular Driver Award. He began competing in the Craftsman Truck Series in 1998, and then joined the Busch Series in 2001. He has gone on to win 19 races in the NASCAR Sprint Cup Series, 20 races in the NASCAR Nationwide Series, and 16 races in the NASCAR Camping World Truck Series. He was also named Craftsman Truck Series Rookie of the Year in 1998 and Busch Series Rookie of the Year in 2001. As of 2012, he was ranked 5th. He currently drives for Roush Fenway Racing.