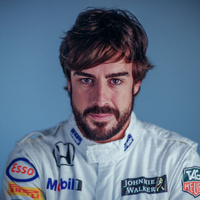 What is Fernando Alonso's net worth?

Fernando Alonso is a Spanish racing driver who has raced in Formula One for Alpine, Renault, and McLaren, among others. Fernando Alonso has a net worth of $260 million. Every year he makes $40 million between earnings and endorsements. In both 2005 and 2006, he won the World Drivers' Championship, making him the youngest world champion in the sport's history. At the time of his first retirement, Alonso had won 32 Formula One races and notched 22 pole positions.

Fernando Alonso was born in 1981 in Oviedo, Asturias, Spain to working-class parents José and Ana. He has an older sister named Lorena. As a youth, Alonso went to the Holy Guardian Angel Primary School, and then to the Institute Leopoldo Alas Clarín of San Lazaro. At the age of seven, he won his first kart race in Pola de Laviana. Subsequently, Alonso won the 1988 and 1989 children's junior championship of the Asturias and Galicia. In 1990, he won the Asturias and the Basque County Cadet Championships. Later, after joining the Spanish Karting Championship, Alonso won four consecutive Junior National Championships from 1993 to 1996. His early success continued with wins at the Trofeo Estival, the Marlboro Masters, and the CIK-FIA 5 Continents Juniors Cup. In 1997, Alonso claimed victory at the Italian and Spanish International A championships.

At the age of 17, Alonso made his car racing debut in the 1999 Euro Open by Nissan, and won the title at the final race of the season. The next year, he progressed to the International Formula 3000 Championship, where he finished fourth.

After serving as a test and reserve driver for Minardi in 2000, Alonso joined its race team in 2001. The following year, he signed as Renault's test driver, and was subsequently promoted to the race team in 2003. At the season's second race, the Malaysian Grand Prix, Alonso broke the record for the youngest driver to win a pole position. Later in the year, he became the youngest Formula One race winner at the Hungarian Grand Prix. Overall, Alonso had four podium finishes in 2003, and came in sixth in the World Drivers' Championship. He started the next season by finishing the Australian Grand Prix in third position; he took three more podium finishes during the remainder of the year.

Alonso's greatest career triumph yet came in 2005, when he won the World Drivers' Championship over rival Kimi Räikkönen. With seven victories, six pole positions, and fourteen podium finishes, he became the youngest-ever driver to win the title. Alonso successfully defended that title in 2006, becoming Formula One's youngest two-time World Champion. In 2007, he signed a three-year contract with McLaren. That year, he took four Grand Prix victories in Monaco, Malaysia, Europe, and Italy. Due to various tensions, Alonso and McLaren then terminated their contract. Alonso subsequently re-signed with Renault, and won in Singapore and Japan. 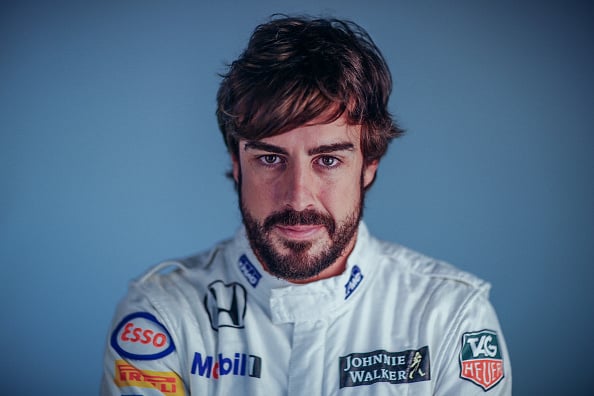 Ferrari and Return to McLaren

Starting in 2010, Alonso drove for Ferrari. That season, he won five races, and finished in second at the Abu Dhabi Grand Prix. The next season, he took ten podium finishes and won the British Grand Prix. Additionally, he was runner-up at the Canadian Grand Prix. In 2012, victories in Malaysia, Germany, and Valencia helped Alonso to a second-place season finish with 278 points. Another second-place finish came in 2013. For his final year with Ferrari in 2014, Alonso placed third in the Chinese Grand Prix and second in the Hungarian Grand Prix, finishing in sixth in the Drivers' Championship.

Alonso rejoined McLaren on a three-year contract from 2015 to 2017. His first year back was beset with problems, including an accident during a pre-season test session and an underpowered engine. His difficulties persisted the next year, as he sustained injuries from a major crash in the season-opening Australian Grand Prix. After signing a multi-year extension with McLaren, Alonso continued to struggle, coming in 11th in the Drivers' Championship in 2018. At the end of that season, he announced his retirement as a driver. Alonso remained at McLaren as a brand ambassador.

Beyond Formula One, Alonso has been successful in endurance racing. In 2001, he won the Race of Champions Nations Cup with rally driver Jesús Puras and motorcyclist Rubén Xaus. In both 2018 and 2019, he won the 24 Hours of Le Mans, and in the latter year, also took the 24 Hours of Daytona. Moreover, he claimed the FIA World Endurance Championship in 2018-19. Alonso has also driven multiple times in the Indianapolis 500. Beginning in 2021, he returned to Formula One to drive for the Alpine team.

In 2006, Alonso married Spanish singer Raquel del Rosario of the pop band El Sueño de Morfeo. Following their divorce in 2011, Alonso has been in relationships with a number of women.

On the business side of things, Alonso has partnered with brands including Europcar, Silestone, Chandon, Adidas, and Liberbank. He is also the founder and ambassador of the fashion retailer Kimoa. In 2005, Alonso was named a UNICEF Goodwill Ambassador, and since then has worked on campaigns fighting against disease and cyberbullying. Additionally, Alonso founded the Fundación Fernando Alonso to promote racing and road safety education. In 2017, he launched the eSports racing team FA Racing G2 Logitech G, which has competed in the F4 Spanish Championship and the Formula Renault Eurocup. Alonso also serves as a board member of the eSports platform Motorsport Games.