Don Garlits net worth: Don Garlits is an American drag racer who has a net worth of $15 million dollars. Don Garlits was born in Florida, and began drag racing in the mid-1950s in a car he built himself, in his backyard. That car, made up of parts from a 1927 Ford Model "T" Roadster, a 1948 Mercury, a 1939 Ford, and a 1948 Ford, would help him win his first NHRA championship race.

He turned pro three years later, and spent the next few years popularizing drag racing on the East Coast and in England. After his front-engined car blew up and tore off a part of his right foot, he built the first rear-engined drag racing vehicle. The new design solved multiple safety issues that had been problematic in traditional drag racing vehicles, and after Garlits proved that the new model was faster as well, the new design became commonplace. In recent years, he has continued to race on occasion, and was the 1994 Republican nominee for the 5th Congressional District in Florida. 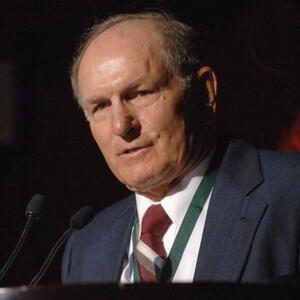