David Ragan Net Worth: David Ragan is an American stock car racing driver who has a net worth of $20 million. David Ragan was born in Unadilla, Georgia, in 1985, to former driver Ken Ragan. The younger Ragan began racing before his 13th birthday and he made his NASCAR Nationwide Series debut at the 2004 Ford 300 in Homestead.

It would take five years for Ragan to record his first win, which came in 2009 in Talladega at the Aaron's 312. He has since appeared in more than 100 races over the last nine years, finishing in the top 48 times and winning twice. His NASCAR Sprint Cup Series career began in 2006 at the Dover 400. He has won two races: the Coke Zero 400 Powered by Coca-Cola in Daytona in 2011 and the Hollywood Casino 400 in Kansas in 2014. He has raced more than 280 times in the last nine years with 34 top ten places. Ragan has also competed in the NASCAR Camping World Truck Series, appearing in 29 races with eight top ten finishes and no victories. His last race in the series came at the 2006 Casino Arizona 150 in Phoenix. Ragan earned the NASCAR Bush Series Rookie of the Year award in 2007. 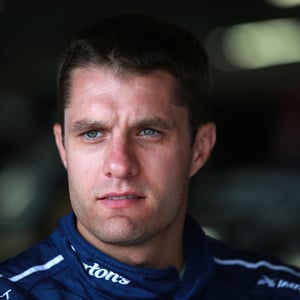