Davey Allison won the 1992 Daytona 500 and the 1991 Coca-Cola 600. He won the Winston 500 in 1987, 1989, and 1992 and The Winston in 1991 and 1992. He was the 1984 ARCA Talladega Super Car Series Hoosier Superspeedway Challenge Winner and the 1993 IROC Champion posthumously. Allison received many awards including the 1987 Winston Cup Series Rookie of the Year, the 1983 ARCA Talladega Super Car Series Rookie of the Year and being named one of NASCAR's 50 Greatest Drivers and being inducted into the NASCAR Hall of Fame. Davey Allison passed away on July 13, 1993 at 32 years old in a helicopter crash. During his career he earned a little more than $6 million. 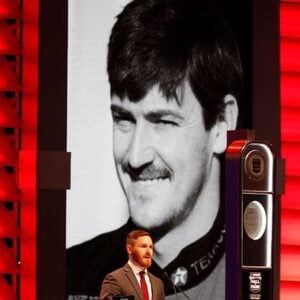