Dave Blaney Net Worth: Dave Blaney is an American stock car racing driver who has a net worth of $20 million. Born in Hartford Township, Trumbull County, Ohio, in 1962, Dave Blaney started his Busch Series career in the late '90s. He took part in his first NASCAR Nationwide Series competition at the 1998 NAPA Auto Parts 300 in Daytona, but did not record his first win until the 2006 Dollar General 300 in Charlotte.

In the last 12 years, Blaney has taken part in 121 Nationwide Series races, finishing in the top ten in 31 of them and earning one victory. He made his NASCAR Sprint Cup Series debut in 1992 at the AC Delco 500 in Rockingham. Blaney has been in 473 races to date spanning the last 17 years; he has not won a Sprint Cup Series race as of the fall of 2014. Blaney has, however, placed in 28 top tens. His last race so far was in the 2014 Irwin Tools Night Race in Bristol. Blaney's accomplishments include the 1984 USAC Silver Crown championship and the 1995 World of Outlaws championship. He has also competed in one NASCAR Canadian Tire Series race, appearing in the 2002 Canada Day shootout in Cayuga, where he placed 71st. 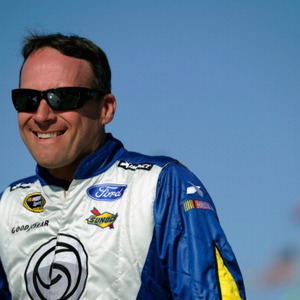